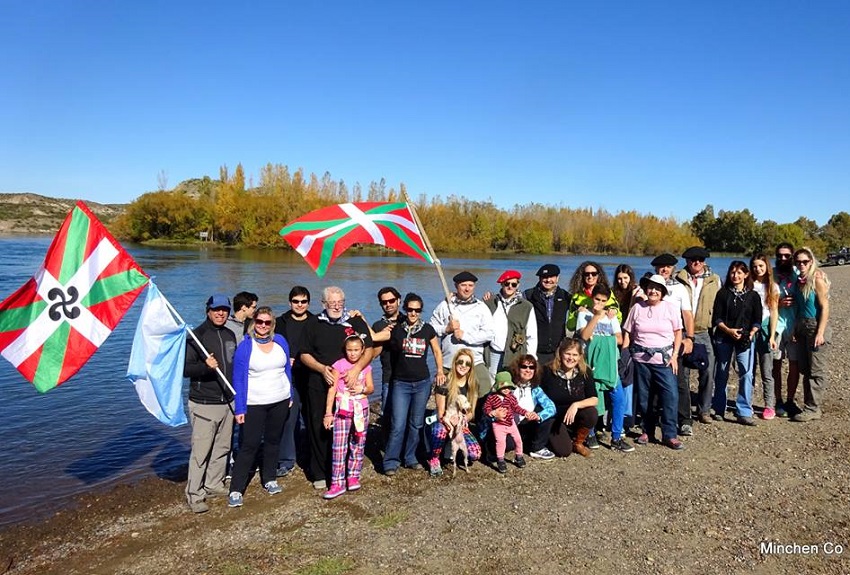 The Baskos de la Confluencia Basque Club hosted an outing to the shores of the Limay River to celebrate the Day of the Basque Homeland.  During a picnic at the place known as China Muerta Center, members of the club enjoyed two very well-appreciated Basque and Argentine traditions: sharing a wonderful lunch, and a long post-lunch session animated with folk songs.

Neuquen, Argentina.  The natural area of the confluence not only gave its name to the Basque club, but has also become a meeting place for its members.  In fact, the outings organized by the group, to enjoy themselves in the outdoors and the local landscapes, usually take place at the confluence, or where the Limay, Neuquen and Negro Rivers unite.

And so, the Baskos de la Confluencia Basque Club chose an outing to the China Muerta farm on the banks of the Limay River as the place to celebrate Aberri Eguna 2017.  Organizers also noted that the event was a total success. Some 30 people gathered for the excursion that began with a hike to the river and continued with lunch on the farm.  “They welcomed us with a bite of Basque blood sausage, locally made, chorizos in cider and the main dish was BBQ’d pork ribs and suckling pig,” Oscar Mendiberri club president said. “We made a toast to Aberri Eguna and celebrated one more Diaspora event in this corner of Patagonia.  From Baskos de la Confluencia we recreate the fraternal spirit that finds strength in numbers among Basques to get to know our culture and to feel Basques.  We are ambassadors of this task and will carry it forward responsibly, accepting diversity and richness of thought”, Mendiberri said.

After lunch, the event carried into the afternoon with rounds of mates with a bit of local folklore, accompanied by a guitar.  The youth also joined the group, “enjoying the surroundings and the possibilities of riding horses, far away from electronic games and new technologies,” Mendiberri stressed.  “Again, a meal was the best excuse to celebrate another event.  We are convinced that food is a great cultural transmitter.  That is why we appeal to our own habits and our Basque culture to strengthen our ties,” he concluded. 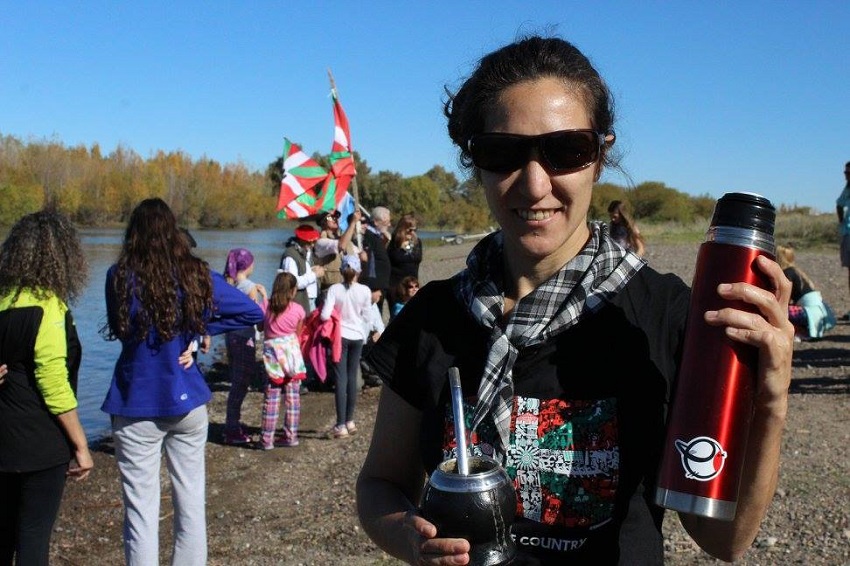 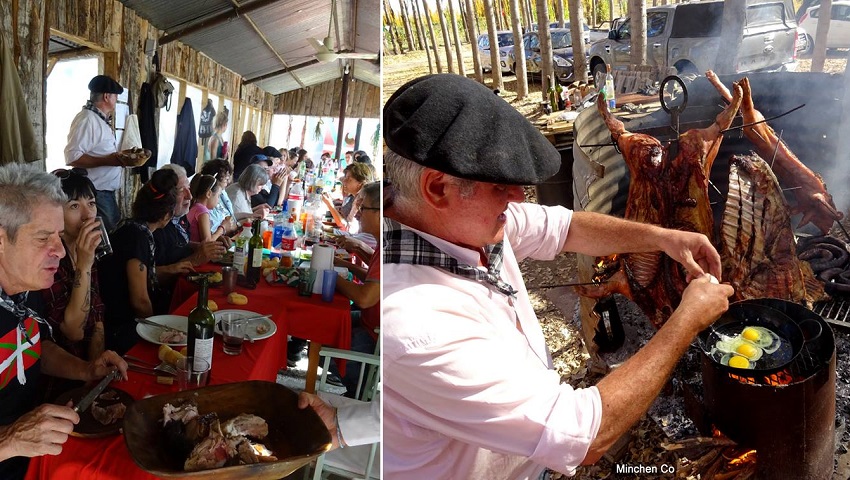 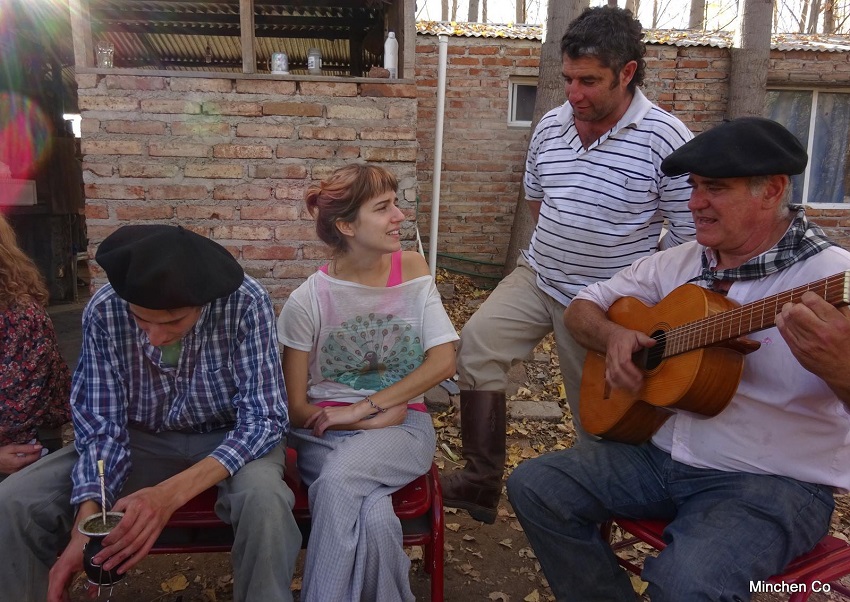