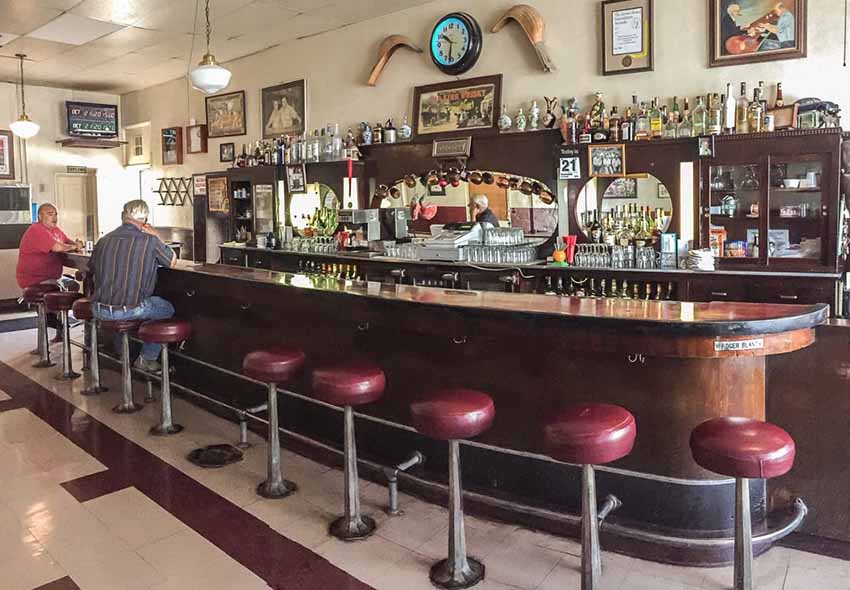 The Kern County Museum has acquired the imposing Noriega Hotel Bar, that is will install on its premises

Bakersfield, CA, USA. The closure of the Noriega Hotel in Bakersfield has obviously moved many people.  However, they had announced the sale of its furniture, decorations, utensils and its interior contests would take place on Saturday, but this was suddenly canceled yesterday. We then found out that as we published yesterday, a local person who already has other businesses in Bakersfield, Bill Osathanugrah, purchased its name and liquor license…

…he also purchased with what was left of the Noriega’s contests.  Apparently, his daughter is about to open a new Noriega, a Basque-style restaurant elsewhere, and so is currently looking for venues.  However, before closing the sale, a group of people in Bakersfield, including Basques and friends of Basque and Bakersfieldean heritage, carried out an important step in extremis to save Noriega’s legacy.

This group of neighbors is also associated with the Kern County Museum, were able to acquire the front and back bar from the Noriega, thanks to a generous donation received expressly for that purpose.  But, dismantling, preparing, moving and reassembling the Noriega bar at the Museum also involves expenses, which are estimated at about $10,000. Everything has to be out of the Noriega before June 30. A group of volunteers is donating their time, but money is also needed for the operation to be successful.

Anyone wishing to donate may send them here:

Or you can email the Basque club (Maria): mtoretta5@gmail.com.