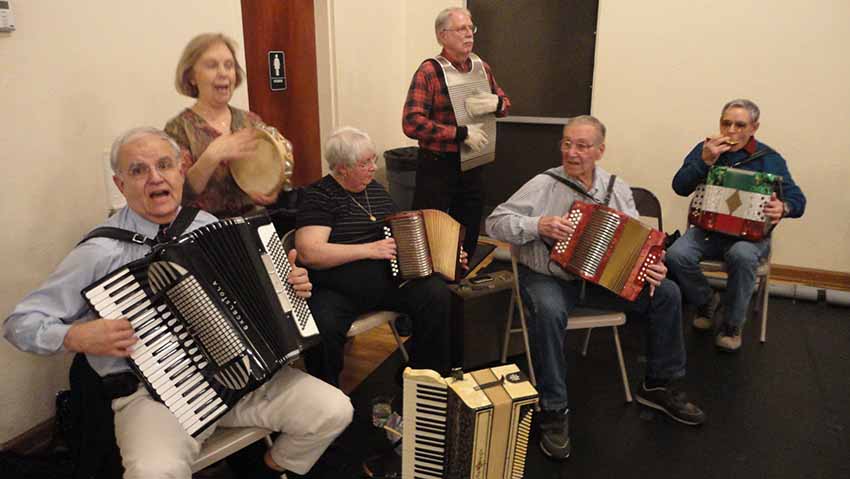 He is also a music aficionado. Here Dave Lachiondo (first on the left) playing with Basque friends in Boise (photo EuskalKultura.eus)

Boise, Idaho, USA. The Idaho Humanities Council has awarded its Outstanding Achievement in the Humanities Award  to David Lachiondo, a professor with a long career in Boise.  Son of Basque immigrant, Julian Lachiondo, born in Ibarrangelu (Bizkaia) and Lydia Gandiaga, originally from Ispaster and Markina, this euskaltzale born in America is 72 years old, and has a firm commitment to the community that he has developed throughout his life, especially in the Basque and educational fields, or by combining the two.

Along with his wife Patti, also involved in Boise’s Basque life, especially at the Basque Museum, David Kenneth Lachiondo is the father of Diana and Alicia, who are both very committed to the Basque life in Boise where they grew up attending NABO Udalekus, dancing with the Oinkaris maintaining and cultivating a Basque presence in their lives. They both also speak Euskera and Diana was recently elected County Commissioner for Ada County.  In the Lachiondo home, the chain will continue another generation with a commitment to their roots, growing in their new American surroundings, a characteristic that is lived and transmitted from the heart of the family.

Dave Lachiondo assumed the task of maintaining, appreciating and spreading the Basque legacy that he received from his parents and grandparents.  Besides being a professor, educator, administrator and agent committed to the Idaho system of education, he has always been active, and at the heart of Idaho’s Basque community teaching  Basque history and culture, as well as serving as a supporter and director of the Basque Studies Program at Boise State University (BSU) living it all with passion and vocation.  He has worked at all levels, trying to maintain coherence and ethics as a guide.

The Idaho Humanities Council will present the award that is accompanied by a $1,000 honorarium on Tuesday February 20th at 7:15pm at the Events Hall at the Boise Basque Center.  The recognition that he will receive was created in 1986 by the IHC.  Prior recipients of the award include Patti Miller, the Director of the Basque Museum and Cultural Center in Boise.

More details about the award and Dave Lachiondo here