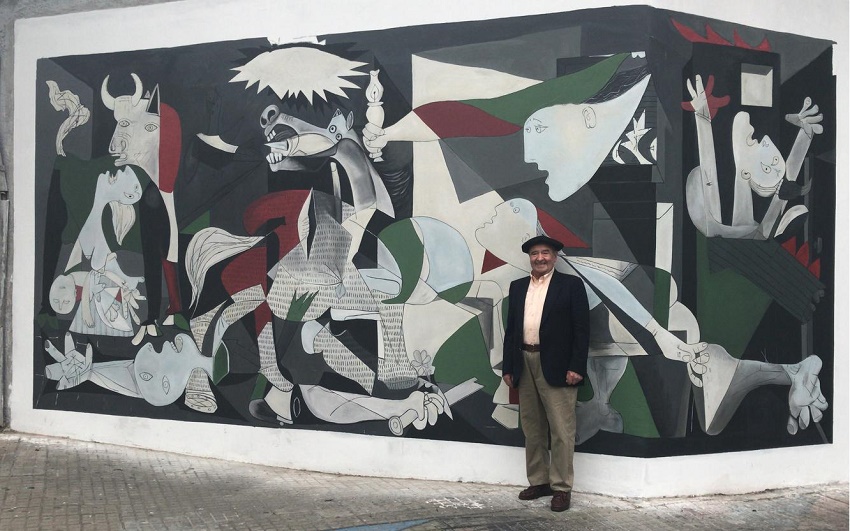 Accordionist and club member, Baldomero Anso, originally from Navarre, in front of the mural

Montevideo, Uruguay. The mural that will adorn the facade of the clubhouse is a work by Rocio Matosas Etchebarne, originally from Paysandu, Uruguay, and a Basque descendant.  The work is almost the same size as the original painted by Pablo Picasso in 1937, but the difference between the one hanging in the Reina Sofia Museum in Madrid and this one, is the color, specifically this one is the color of the Ikurriña.

After more than 60 hours of work, this version of  Picasso's “Guernica” is now ready for its inauguration on Sunday, November 11 at an event that will also lunch and a card tournament.

The Euskaro Basque Club, along with its new mural, is located on the corner of Bacigalupi and Madrid streets in the Uruguayan capital.

1/3
The "Guernica" in Montevideo
(Read more) 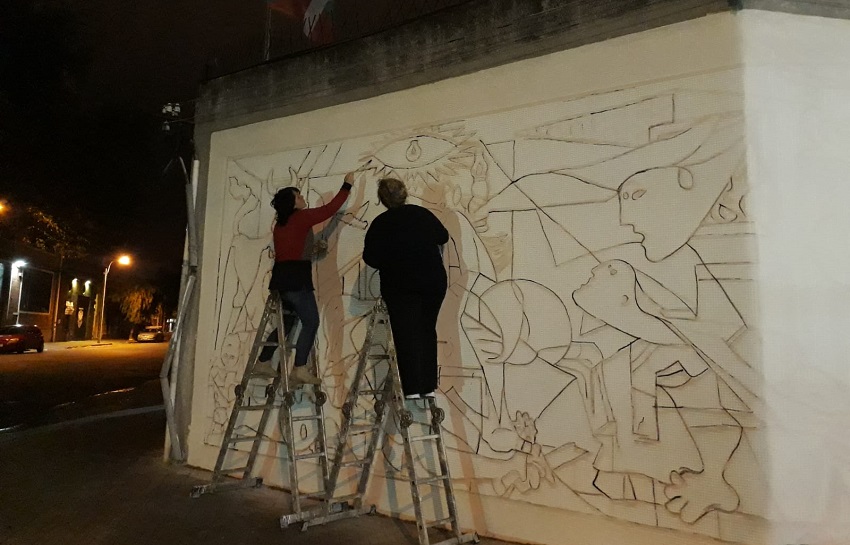 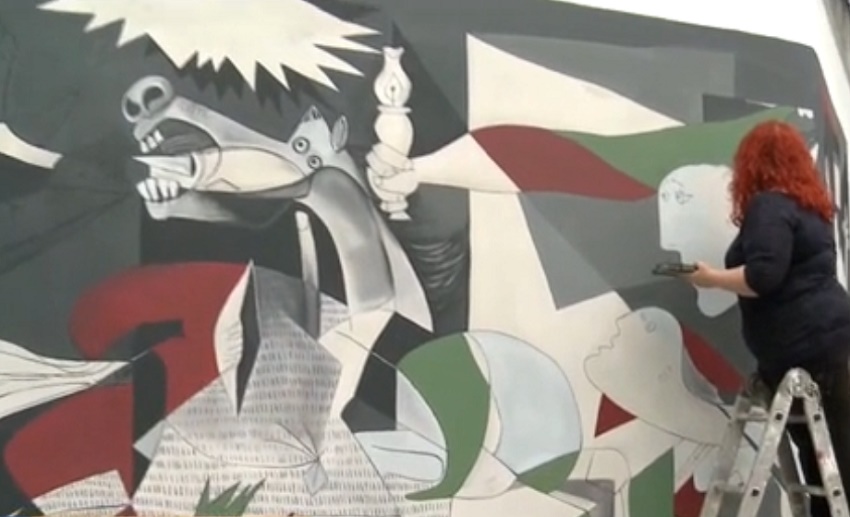