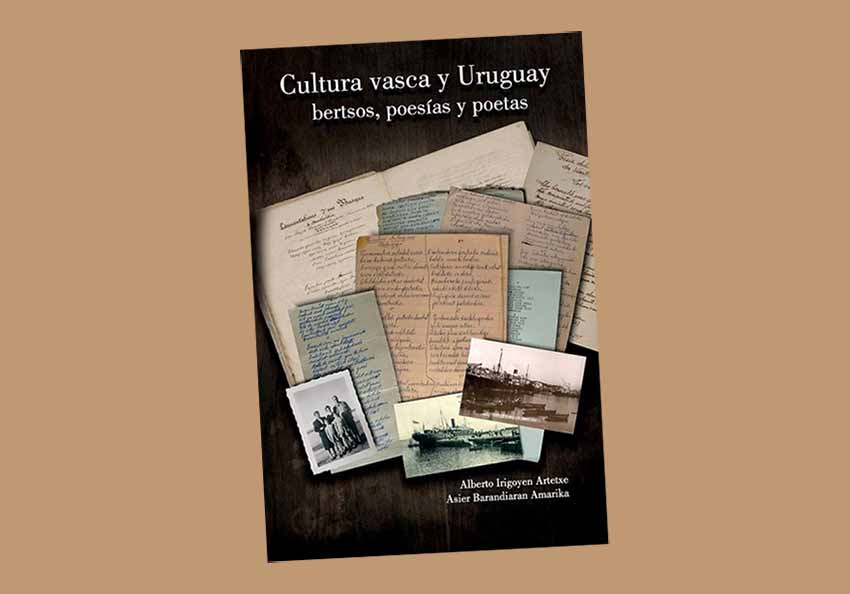 Montevideo, Uruguay. The book is entitled, Cultura vasca y Uruguay: Bertsos, poesías y poetas (Basque Culture and Uruguay: Bertsos, Poetry and Poets) and is a poetic anthology of Basque and Uruguayan writers alike with Basqueness and Uruguay as ties. Using broad criteria, Asier Barandiaran (Euskal Herria) and Alberto Irigoyen (Uruguay), collect works by Basque authors such as those of “Koplarien Guduak,” who in 1853, tried to warn about the dangers of emigrating to Montevideo, as well as Basque authors who resided in Uruguay such as Iparragirre himself, Mendiage, the Navarrese brothers Ignacio and Miguel Argiñarena or the painter Juan Manuel Besnes e Irigoyen, who dedicated from Uruguay several stanzas to his beloved hometown of Donostia.

They also include Uruguayan poets who refer to Basqueness without being Basque, like those of Herrera and Raisiq are maybe the best examples, or even Uruguayan poets of Basque origin who talk about love, pain and everything that only the sensitivity of a poet can capture on paper.

The book is number 16 in the Diaspora Series of the Euskal Erria Publishers in Montevideo and includes some 100 entries that comprise an exhaustive compilation of works in Basque, Spanish and French that are linked, through their origin or their work, to Euskal Herria and with the Oriental Republic of Uruguay.

-You can purchase a copy on Amazon, here