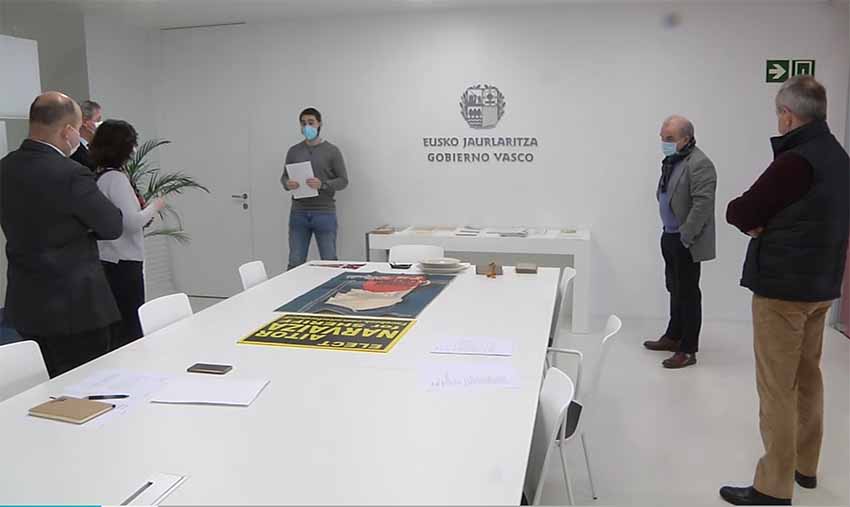 Bilbao, Bizkaia. The Basque Government’s Minister of Culture, Bingen Zupiria, and the Secretary General of Foreign Action, Marian Elorza visited the Historic Archive of Euskadi this morning where the Archive of the Basque Diaspora was created two years ago.  They were with the Director of the Basque Community Abroad, Gorka Alvarez Aranburu, along with the directors of Heritage at of the Archive, and technician Mikel Gómez, who is in charge of cataloguing material from the Diaspora.

Minister Zupiria as well as the Secretary General of Foreign Action have thanked everyone for the numerous donations received to date.  The directors of the Archive reported that there are some 7,000 entries catalogued so far, 955 bibliographic copies and 230 objects of varied chronology and origin; sources that continue to grow with new donations and material from different places and times from around the world.

The Minster of Culture took advantage of the visit to reiterate the call to Basques residing in Euskal Herria as well as those in the Diaspora to collaborate in the project, called to be a pillar and referential resource in the task to guard, preserve and favor research and dissemination of the history of the Basques in the world, and as an important chapter in the general history of the Basque people.