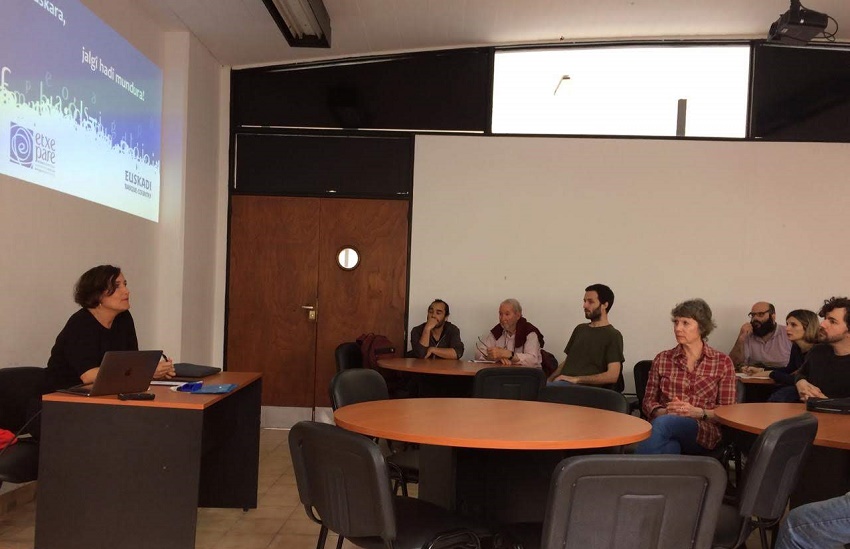 La Plata, Argentina. Irene Larraza visited the National University of La Plata last Friday, where there has been a Basque language and culture lectureship since 2007.  During her first visit to the capital  city of the province of Buenos Aires, the director of the Etxepare Basque Institute gave a talk on the role of the Etxepare in the diffusion of Euskera and Basque culture through activities that it promotes, and the lecturers and chairs that it manages in universities all over the world.

Larraza was welcomed in the morning by Cesar Arrondo, members of the lectureship’s advisory board; Natacha Guiñazu, assistant to the Directorate of International Relations at the UNLP; and Sabrina Otegui the current lecturer.  At noon, Larraza met with the vice-president of the Institutional Area of the University as well as with Engineer Marcos Actis.

The Etxepare Basque Institute manages nine chairs and lecturers in 35 universities in 18 countries.