The Covid19 Crisis: Foreign Action continues to attend to Basques who are contacting the Basque Government from abroad 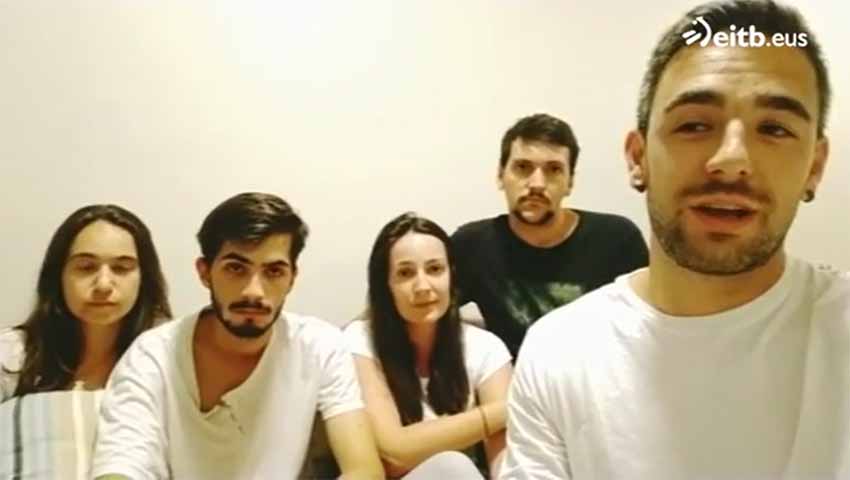 The crisis caught Ander Ugarteburu, from Lekeitio, and Henar Uriarte from Algorta in the Philippines with some friends unable to return (photo EiTB)

Vitoria-Gasteiz. The Secretary General of Foreign Action, Marian Elorza, was interviewed yesterday on Radio Vitoria, in a conversation that included current data regarding the number of people in the Autonomous Basque Community who are trapped in various countries due to Covid19  crisis who have contacted the Basque Government asking for help. Specifically, there are 430 people, 268 of which have already returned to Euskadi and another 23 who have decided to stay where they are.

Elorza explained that Basque citizens are trapped in countries on five continents, although Peru, New Zealand and Australia are the main focal points.  According to her, the main problem is that flights have been cancelled due to air traffic restrictions, or the complete closures of borders and limitation to internal movement in some countries.

Marian Elorza reminded us of the procedure if you find yourself trapped in a foreign country; the individual needs to contact the closest consulate using the emergency number, or the emergency consulates, if this is not possible they should contact the Basque Government’s Secretary General of Foreign Action directly by email kanpolarrialdiak@euskadi.eus or by phone (+34) 945 01 81 26, where requests and queries are answered, she explained.