The chamber choir from La Plata, Tous Ensemble, invited to participate in the International Choir competition in Tolosa 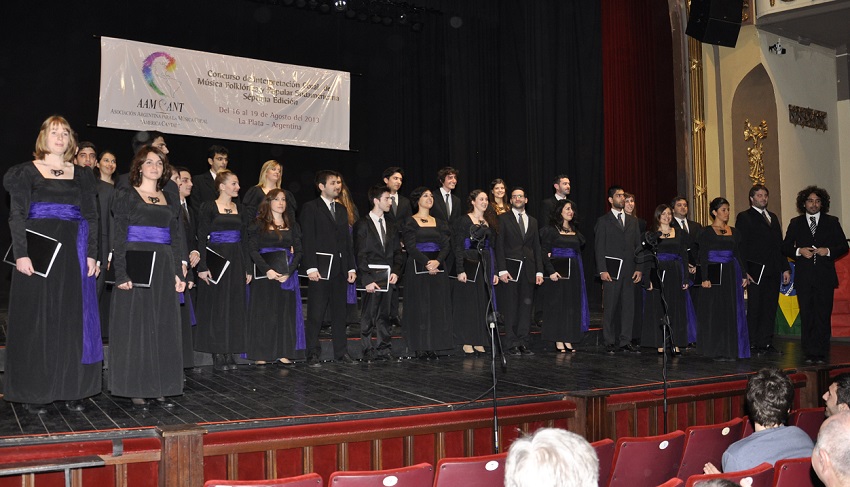 The group will represent Argentina in the Choir Competition in Tolosa where it will sing Loriak Udan by David Azurza and Maiteagok by Xabier Sarasola.  This won’t be their only performance while in the Basque Country since the group is taking advantage of this time to also perform in Santrutzi, Iruñea-Pamplona, Getxo, Astrain and Donostia.  Before they leave for Europe the group will say say good-bye to their local audience with a recital at the Euzko Etxea in La Plata on October 14.

La Plata, Argentina.  Especially invited by the event organizers, the  chamber vocal group from La Plata, Tous Ensemble, will be the only South American choir at the 47th edition of the Tolosa's International Choir Competition, The competition will take place on October 31-November 1 and will be attended by choirs from Estonia, Spain, Hungary, Germany, Japan, Norway, Sweden,  Estonia, France, Belarus, the US, Catalonia and Argentina.  As every year, the 47th edition will require that choirs interpret works by Basque composers: the pieces chose for this occasion are Loriak Udan, by David Azurza, and Maiteagok, by Xabier Sarasola.

This is the choir’s second experience in Europe since it will also perform at the Magliano Sabina Cathedral at the Basilica Aracoeli in Italy.

Tous Ensemble was formed in La Plata in 2008 in hopes of studying choral music from various periods and to share it this form of musical expression with more diverse audiences.  Over the years, the group has performed on the largest stages in the country, reaping a large number of awards in various categories.  In 2010, it recorded its first album and in 2012, it toured the continent for the first time.

Before leaving for Europe and to start getting ready for the Basque Country, Tous Ensemble will perform a farewell concert at the Euzko Etxea in La Plata.  The event will take place on October 14 at 20:30 in the Toki Alai room at the clubhouse.