"The Blue Line:" now you can read “Metro” by Beatriz Chivite Ezkieta in a bilingual edition in Basque and English 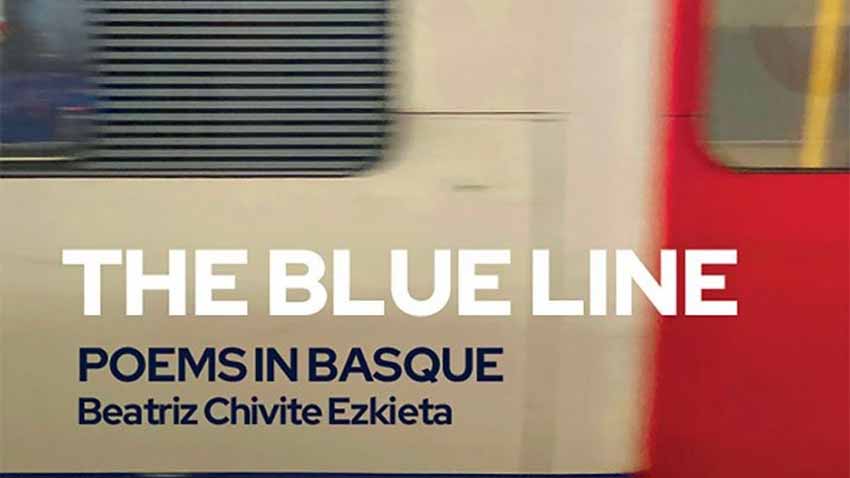 “The Blue Line,” talks about the perception and stories that people who travel in the London Metro evoke in the author.

London, England. The collection of poems Metro by Beatriz Chivite (Pamplona, 1991) is now available to read in English thanks to the bilingual edition in Basque and English published by the independent London publisher Francis Boutle Publishers, under the title The Blue Line, Poems in Basque. The Blue Line talks about the perceptions and stories that people who travel in London Metro evoke in the author.  The British publisher Francisco Boutle is known for its commitment to less used languages in Europe.

The title of the book refers to the blue line, Piccadilly Line of the London Metro that runs through the city from Heathrow Airport to the northern suburbs.  In this collection of poems, Chivite “Imagines the lives of the people she sees traveling on the subway: the tourist, the student, the girl with the blue rose in her hair, the university professor with a three-day beard, the man who reads The Economist on Tuesday afternoon…everyone turns into tender, incisive, humorous, or sometimes tragic portraits or imagined dialogues.”

The book was published in the United Kingdom and the editor presents it on social media as “one of the few bilingual collection of poems in Basque.”