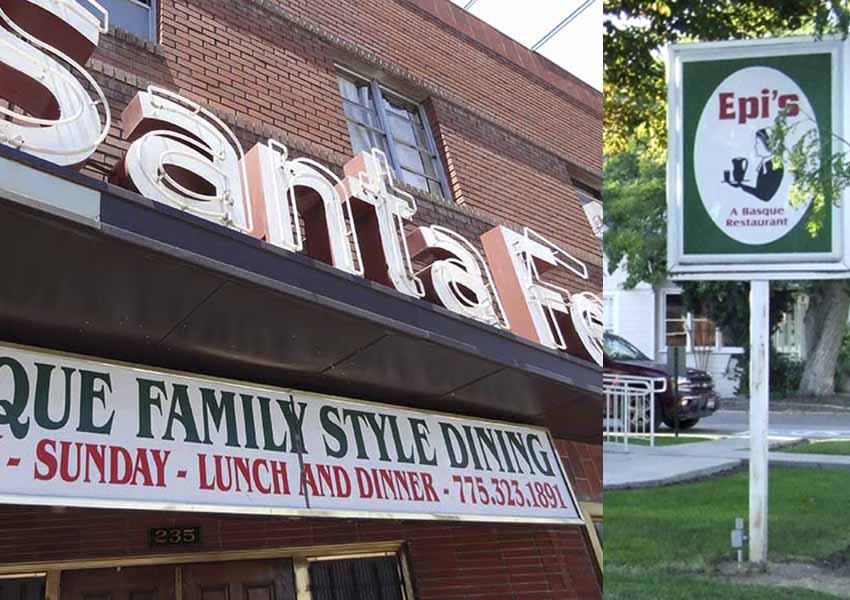 Basque restaurants in the US, Santa Fe in Reno, Nevada and Epi’s in Meridian, Idaho

Reno, NV, USA. Life goes on, and after some changes, two famous Basque restaurants in the US have begun a new era in their respective careers.  With 90 years of history, the old Santa Fe Hotel in Reno, is a classic.  Founded in 1929, it has witnessed a large part of the Basque history of this city that is Donostia’s sister city.  Its current owner purchased the establishment in 2017, and after much remodeling over the last few months, it opened its doors again on July 22nd, returning to serving its famous “Picon Punch,” as Gaven Sarratea, second generation Basque-American who works there told EuskalKultura.eus.

In Meridian, Idaho Epi's, was founded in 1999, by Christi and Gina Ansotegui. The name pays tribute to the person and the cuisine of Epifania (Lamiquis) Inchausti, the owners’ grandmother who emigrated to the US in 1929. Rescuing their Amuma’s recipes, Epi’s cuisine has earned the restaurant an excellent reputation, in the Basque rankings as well as general ones.  After 20 years, as of the end of July, a great-grandson Erik McFarland, who had been working there, has taken over.

Zorionak and best wishes to both establishments!