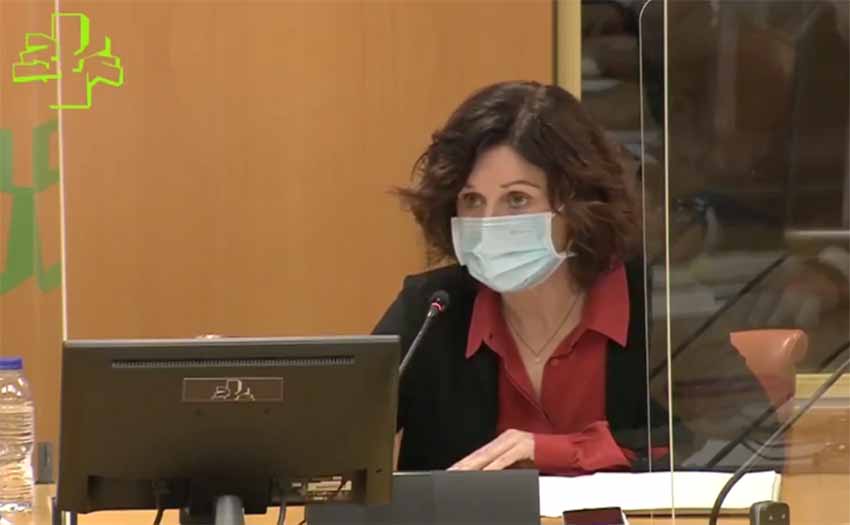 The executive chaired by Iñigo Urkullu plans to continue promoting the traditional communities organized around Basque clubs; and at the same time tackle the challenge of identifying and maintaining constant contact with the new Basque migrant reality.  The challenge is to respond to the Basque Community present on five continents.  “A plural and diverse community, with different concerns and needs.”

​Video: Presentation by Marian Elorza at the Basque Parliament

The context of the pandemic is having consequences in the Basque Community Abroad, Elorza remarked.  The impossibility of in person meetings has given way to new proposals such as virtual Basque weeks, Day of the Basque Diaspora, in a hybrid format, or Buenos Aires Celebrates the Basque Country on social media.  New formulas to continue creating community that open up a range of possibilities, while numerous activities, some as well known as Jaialdi in Boise or the 2020 Semana Nacional Vasca in Macachin have been cancelled.

Looking towards the recently-resumed legislature, the Basque Government proposes redefining the role that it must fulfill in its relationship with communities abroad and affirms, as stated in the 2020-2023 four-year plan, that it is necessary to propose a comprehensive Diasporic policy, key in the evolution of public institutions to move from “implementer,” of measures and programs, to “facilitator.”

The executive desires to promote the articulation of an authentic Global Basque Community, which connects Basques wherever they are, working in collaboration with other departments in the Basque Government and other institutions and entities, as well as with the people who make up the Basque community abroad, carrying out a need assessment and defining its usefulness.

In this context, it advocates supporting the traditional Euskal Etxeak network, reinforcing the Gaztemundu Program, launching new programs such as “Dantza Munduan,” updating aid for those in dire need, paying attention to those returning to the country, consolidating the “Euskal Diasporaren Eguna,” completing the Archive of the Basque Diaspora, collaborating with universities and high schools to provide information on the assets that the Diaspora supposes, in order to advance in the progressive structuring of a Global Basque Community, both materially and in terms of the virtual.