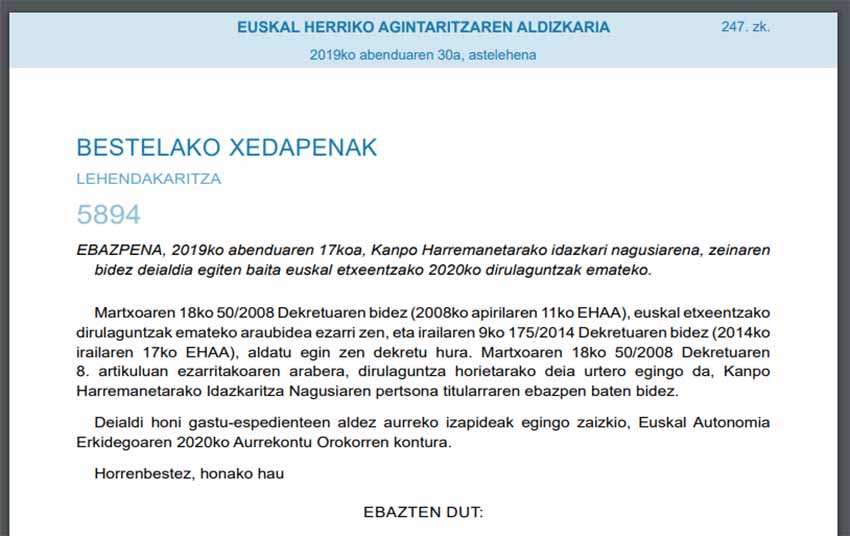 The call of the grats in today’s Official Bulletin of the Basque Country, December 30th, 2019

Vitoria-Gasteiz. The Basque Government published in today’s Official Bulletin of the Basque Country, December 30th, the call for grants for Basque clubs, federations and Basque confederations.  The total budget to be awarded is 902,300 Euros of which 782,300 corresponds to Chapter IV and the remaining 120,000 Euros is aimed at Chapter VII.  The Resolution is dated December 17, 2019, the day it was approved by the Governing Council, as previously published by EuskalKultura.eus, and signed by the Secretary General of Foreign Action.

The deadline to apply is February 28th.