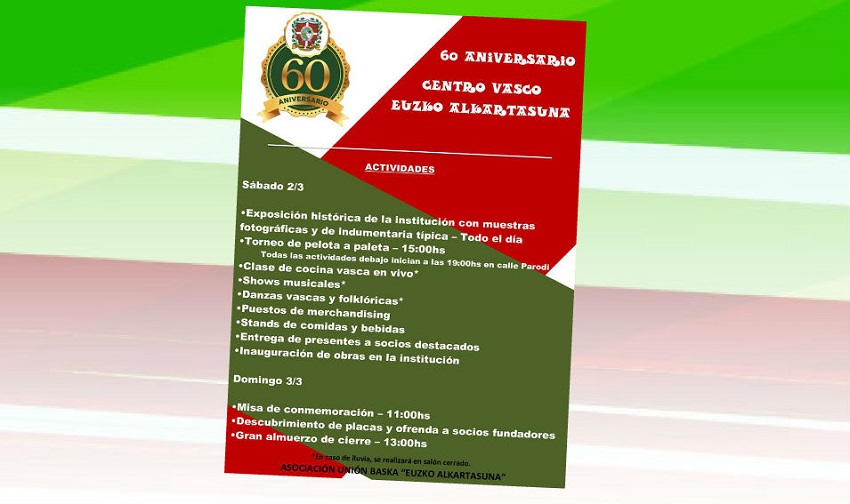 Macachín, Argentina. The program organized by the Euzko Alkartasuna Basque Club in La Pampa isn’t just varied, but it is was also conceived to share with the entire community.  There will be activities in the street, in front of the club, as well as others that are free and open to the public.  The program begins tomorrow afternoon with a dinner reception for invited delegations, and will explode tomorrow with the main activities planned for the weekend, according to the following schedule:

Sunday:
-11hs, Anniversary commemoration mass
-12:30hs, unveiling of a plaque and floral offering
-13hs, closing lunch. Award ceremony for the winning pilotaris. Cost of a ticket is $450 (adults) or $250 (for children between the ages of 5 d 12) includes admission, lunch, dessert and beverages.