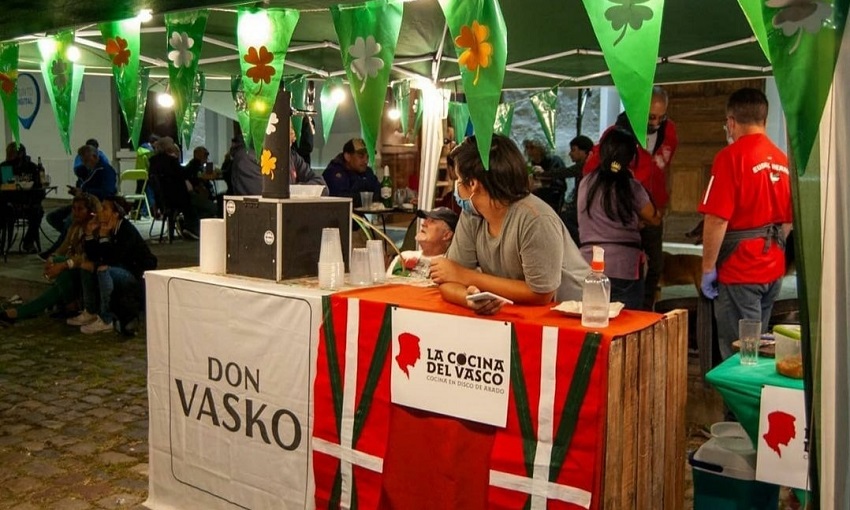 “Basque Stand,” at the Saint Patrick’s Day festivities in Rio Cuarto in the province of Cordoba, Argentina

Río Cuarto, Argentina. Sharing the communion that exists in Argentina among its various origins and communities, the Saint Patrick’s Festival held last Saturday and Sunday in Rio Cuarto, in the Province of Cordoba included a Basque stand.  The celebration, one of the few in-person events that have been held recently, gathered some 700 people in the Old Train Station, organized by ARCA, the Rio Cuarto Association of Artisan Brewers, and the Letras con Café cultural space.

The Basque stand included two representatives of the local community and the world of gastronomy in Rio Cuarto “Beto” Mendizabal provided his artisan beer Don Vasko, with its traditional taste but this time with a nod to the festivities: he was the only craft brewer to sell green beer. 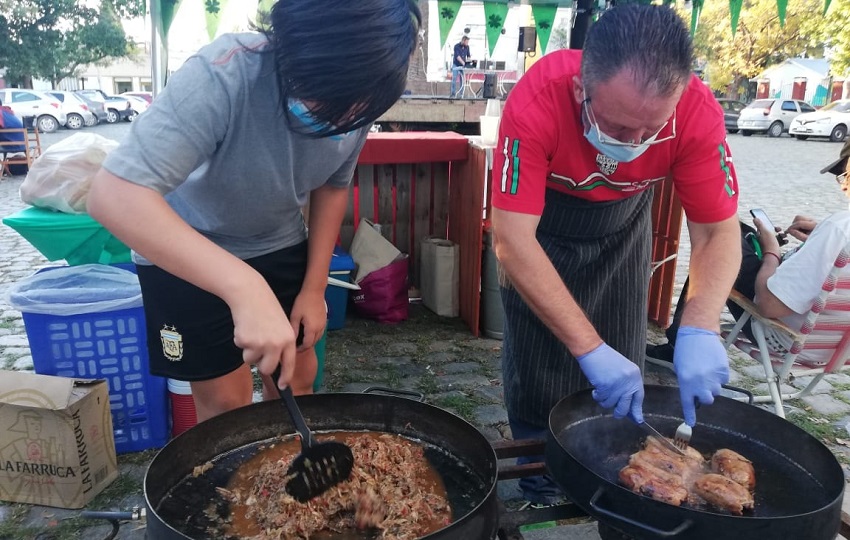 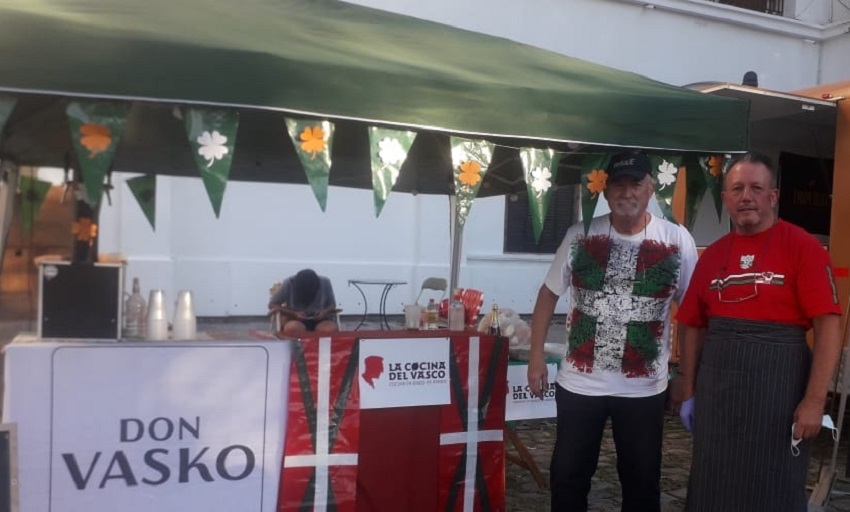 In regards to the menu, Sergio Eguiazo, as part of his undertaking “La Cocina del Vasco,” prepared bondiola sandwiches and chorizo in cider “with a recipe of another local Basque, Marita Echave,” as he reported to EuskalKultura.eus.

The Basque stand at the festival was very well received, not only by the public, but also among the organizers who do not rule out the organization of a community event in a near future.