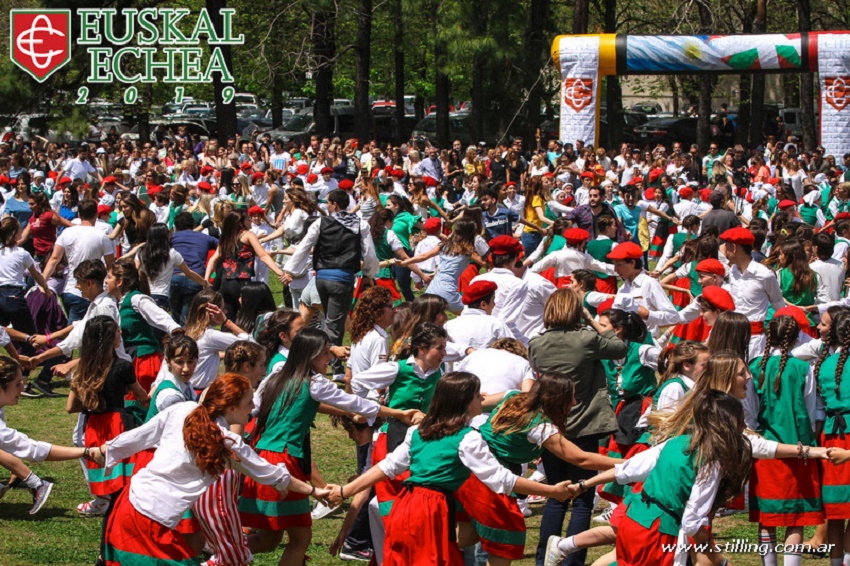 Llavallol, Argentina. The event began with hymns, ceremony flags, blessings, speeches and protocol dances followed by recognizing the educational trajectories of the institution.  The second part featured Basque group dances and sports choreographies.  This huge undertaking took place in the sports field in front of the VIP box, where College executives and the Delegate of the Basque Government for Argentina and Mercosur, Sara Pagola were seated.

To conclude it was a notable day of immersion in traditional aspects of the Basque culture.  All afternoon there were gastronomic stands, academic demonstrations, concerts, live radio, pilota clinics, and dancing in the plaza, to name some of the offerings.