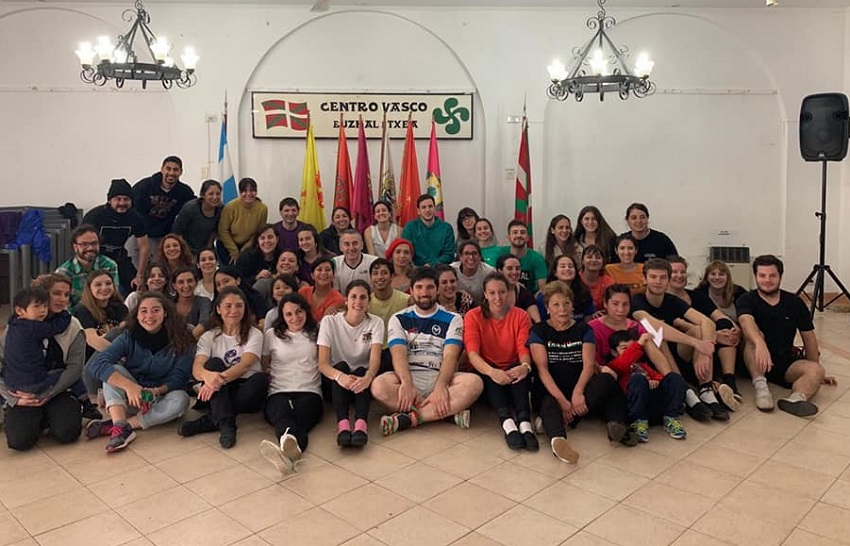 Participants at the Dance Workshop organized by FEVA in San Nicolas

Besides the practical, the workshop also included a lot of theoretical content.  On Saturday night, the film by Telmo Esnal Dantza was shown.