Several activities were organized in Boise, Idaho to celebrate ENE and Euskalraldia, along with an open letter from Todor Azurtza 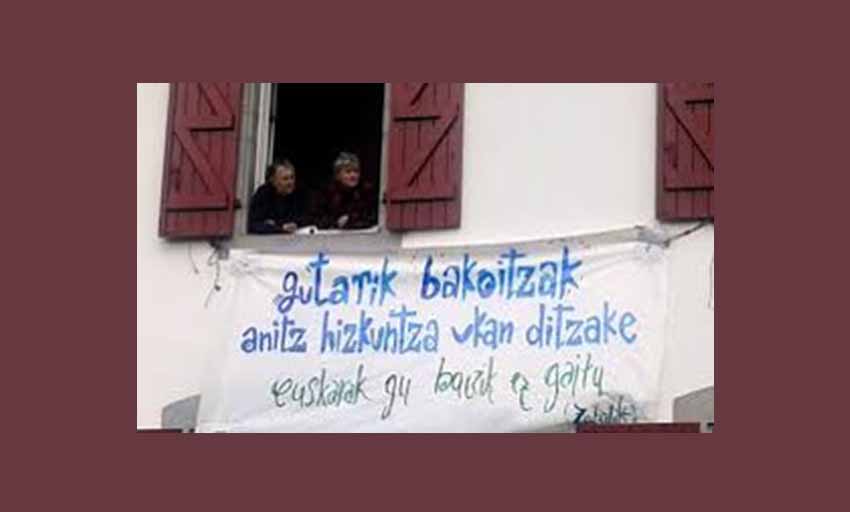 Boise, Idaho. Boise Idaho has joined the efforts in favor of the Basque language and culture celebrating both the International Day of Euskera (ENE) as well as Euskaraldia with a series of activities.  In commemoration of ENE and Euskaraldia the film Handia was shown on Friday by BSU’s Basque Minor.  Today the local Basque Museum also has organized activities.

At Basque classes offered at the Basque Museum, they also participated in “Guk ere ahobizi eta belarri prest” with some role-playing that concluded with singing Basque songs.  On the occasion, Basque teacher, Todor Azurtza, also presented a power point “Gutarik Bakoitzak anitz hizkuntza ukan ditzake, euskarak gu baizik ez gaitu,” (Each can have more than one language but Basque only has us.)

Todor Azurtza, along with other Basques in the community, has also composed the following open letter to Jorge Fernandez, the Delegate of Euskadi in the US, that he asked to be published.

Open letter to Jorge Fernández, Delegate of Euskadi in the United States

This month, through December 3rd, Basques at home and throughout the diaspora are celebrating Euskaraldia and Euskara Eguna, special events to honor and promote what makes Basques unique: our language, Euskara.

In these events Basques who live in the Basque Country, either in the northern or the southern part, as well as Basques throughout the world, are reminded of their identity — which is supported by our language. These celebrations also remind us a of a painful past when the use of Euskara was punished: the very soul of our culture was denied, and Spanish or French-only were forced upon. The residue of that period of time still remains when those who speak Euskara today are sometimes regarded with the arrogance of “háblame en español” (“talk to me in Spanish”) or “parle-moi en français” (“talk to me in French”). To deny one’s primary tongue is to deny a culture’s foundation, of which we gain communal strength and courage.

Fortunately, in the U.S., Euskara is well- respected, and it is most commonly used in conjunction with English. American Basques greatly appreciate hearing Euskara and English in addresses.

Let’s not forget that the Basque immigrants who arrived in the U.S. migrated from all parts of the Basque Country, but specially from the northern part (Labourd, lower Navarre and Soule), upper Navarre and Bizkaia. These Basque immigrants had two things in common: the hope of a prosperous life and Euskara. For instance, those who reached New York in passenger ships, once they had passed all of their inspections in Ellis Island, could hear Valentín Aguirre or one of his sons shout from the busy docks of New York City "Euskaldunak hemen badira?" "Are there any Basques here?" Basques on board shouted back with joy, "Bai, bai! Ni euskalduna naiz!"  “Yes, yes! I am Basque!” One can certainly imagine the overwhelming relief of those Basques finding fellow countrymen in a foreign country.

Basque immigrants to other host countries survived by learning local languages. In the U.S., speaking English was necessary. Since those first waves of migration, however, although English is a primary language, Euskara has a special place in the Basque Centers, and Basque-Americans especially appreciate every effort to promote Euskara since our heart is Basque. For over a hundred years now in the U.S., descendants are attempting to retain their ancestral Basque traditions, with efforts preserve and perpetuate our culture through language.

I have learned about the gathering of Basques in the New York Basque Center after reading your invitation message on the NABO web page.

I am concerned that your Basque Center address sent the wrong message to Basque-Americans. By first using Spanish, and not Euskara, and then omitting English, the primary language in the U.S. Basque Community, a disrespect may be perceived. At a minimum, the use of Euskara and English should be mandatory when communicating in the U.S.

I can understand such a “faux pas” given your recent appointment, but to avoid its reoccurrence, and as awareness of language is essential for leadership at any level, it has come into my mind to write you this letter.

In the United States, it is important to remember that there are those of Basque descent who do not speak Euskara yet, but welcome the exposure to the language of their heritage – and some are attempting to continue its use by learning it. Your new position holds a new opportunity to increase awareness of Euskara and both educate and inspire Basques and non-Basques alike.

To finish, I would like to share with you the text written in a banner that was hung in Urepel in 2015 at the beginning of the 19th Korrika, asserting the need for Basque speakers to do their part to revitalize our language: “Gutarik bakoitzak anitz hizkuntza ukan ditzake, baina euskarak gu baizik ez gaitu.” “Each of us can have many languages, but Euskara only has us.”

Euskara is what unites us.