Sandra Ott, professor of the CBS of Nevada, awarded a National Endowment for the Humanities stipend 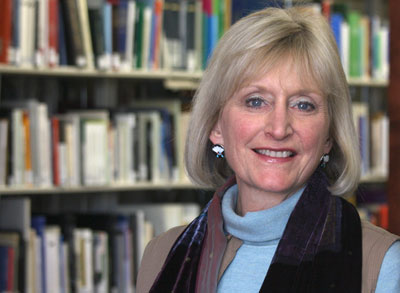 Sandy Ott, a University of Nevada, Reno Basque Studies professor, has received a 2009 Summer Stipend award from the National Endowment for the Humanities. Ott, an associate professor with expertise in Franco-Basque-Spanish-German relations during the 1930s and ’40s, was one of just 63 awardees nationally among 881 applicants. The stipends provide $6,000 for two months of full-time research and writing. “I am pleased to represent the University,” Ott said to the newspaper Nevada News. “I feel very honored to have won this award and will continue to do my very best to advance my scholarship, research and publications for our University.”

“I try to link my study of human experiences at grassroots level with mainstream themes in the study of the occupation,” she told Nevada News. “It brings me to areas of multi-cultures and multi-languages, and I try to capture and trace the experience of these people.”

Ott wrote War, Judgment, and Memory in the Basque Borderlands, 1914-1945, a book printed by the University of Nevada Press in 2008. Her most recent publication, “Duplicity, Indulgence and Ambiguity in Franco-German Relations, 1940-1946,” appeared in the March issue of History and Anthropology.

“I continue to do research in French archives on suspected collaborators during the German occupation, and am writing about Franco-Basque-Spanish-German relations during the 1930s and 1940s with a special interest in espionage and counterespionage in the Basque borderlands,” Ott said.

Her current book project, which she hopes to finish in 2010, is an assessment of the justice of judgments made in post-liberation trials in the borderlands of the Basque Country and Béarn during 1944-46. Through archival research and trial dossiers, she will analyze the backgrounds of the judges, prosecutors, jury members and witnesses during the frequently politicized purge trials.

“My aim is to bring the characters to light in a narrative that can explain all the fascinating interconnections people had, and, sometimes, the tragic consequences of their choices.”

Research in Pau and Paris

Ott will spend June working in archives in Pau, located in southwestern France. In July, she will work on classified files in the National Archives in Paris. But the experience is not a pleasure trip, Ott assures.

“It’s a complicated process,” she said. “I’m a terrible bore when working with the archives; it [reading and transcribing] is intense and I don’t take time off.”

To read more about Ott, including a list of her selected publications, visit http://basque.unr.edu/.

For more information about the National Endowment for the Humanities and its many awards, go to www.neh.gov/grants.