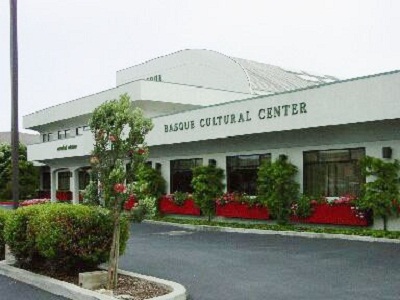 The program of activities for San Francisco’s Basque Cultural Center’s 30th anniversary has been published. It will take place on February 17-19th and will gather folks invited from the Basque Country as well as friends from all over the west. The festivities will begin with the Second Bertso Jaialdia with Amets Arzallus from Lapurdi, Julio Soto from Nafarroa along with three US bertsolaris. Ketxo, from Iparralde, will also be attending and is in charge of providing the music for the public dances throughout the weekend. On Sunday the Center’s Bizi Emankorra awards will also be presented.

San Francisco, CA.  San Francisco’s Basque Cultural Center (SFBCC) has published the 30th anniversary events program that will begin on February 17th and will last throughout the weekend.  As part of the festivities the center will also celebrate its second Bertsolari Festival, as well as present the Bizi Emankorra award, which recognizes members’ outstanding contributions to the local Basque community through their work in support of the Basque culture.

The festivities begin on Friday the 17th at 17:00 with a series of pelota games.  Representing the Champions from Euskadi are Ander Elezkano, Julien Etcheverry, Aitor Gorrotxategui, Paul Ojuel and Pedro Uriarte.  Joko-Garbi players include: Mattin Castanchoa, Bruno Irachabal, Pantxo Lissar, David Navailles and Eneko Sarratia.  At 18:00 there will be a dinner followed by the Bertso Jaialdia that will include simultaneous English translation.  Bertsolaris attending from the Basque Country are Amets Arzallus and Julio Soto who will be joined by American Bertsolaris Johnny Kurutxet (California), Martin Goicoechea (Wyoming) and Jesus Goni (Nevada).

It just so happens that the current champion of Nafarroa, Julio Soto, is Martin Goicoechea’s nephew.  It will be interesting to see how the two interact coming from two generations, and two continents, both on the same stage with things in common as well as differences.

On Saturday there will also be pelota games, this time featuring Joko Garbi with San Francisco Gazteak as well as the Champions from Euskadi, followed by dinner.  After dinner, at 20:00, the public dance will begin with music provided by Ketxo, from Iparralde but with members who were born in the Diaspora, more specifically in San Francisco.

Sunday will begin at 10:00am with mass in Basque with the Elgarrekin choir, the Klika, and the Zazpiak Bat Basque Dancers.  The Bizi Emankorra awards will be presented following mass.  The day will conclude with a luncheon followed by the last pelota games.