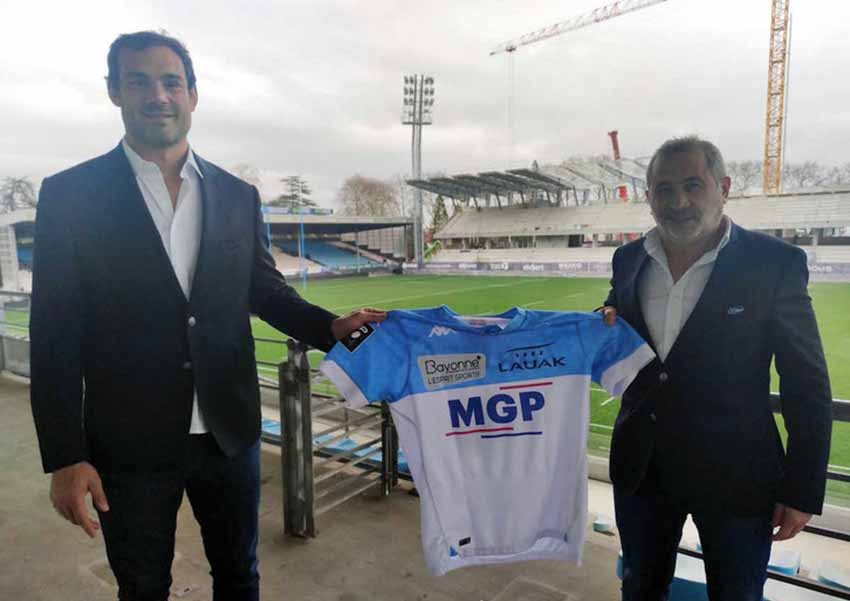 Baiona, Lapurdi. Born in 25 de Mayo, province of Buenos Aires, the 34-year old Argentine player has spent his second season with the Basque team that announced at the end of the year, the renewal of his second-line contract.  Galarza's family roots in the Basque Country go back generations to the city of Irun, Gipuzkoa.  The player told the club that “he is very happy to continue with them and represent the Basque Country.  My family and I have felt at home since day one.  This team has everything to keep growing and I feel like I can continue to contribute int hat direction,” he said.

The president of the Aviron Bayonnais, Yannick Bru, explained that he is "Very happy with the extension of the contract with this great professional, a great worker, who is a model. Mariano has been perfectly integrated in Baiona for two years, and he is a leader. He has excellent values, and serves as an example for the young people of the club, and so it only made sense to extend his contract with us.”

Galarza joined the team in 2019, after leaving Bordeaux, and after playing for Leinster in Ireland, and Worcester Warriors and Glocester Rugby in England.  He has played since 2008, on several occasions with the Argentine national team and Pampas XV, also serving as team captain at Vodacom 2013.