Ramon Jayo, son of Basque immigrants, is the Mayor of the Australian Council of Hinchinbrook Shire 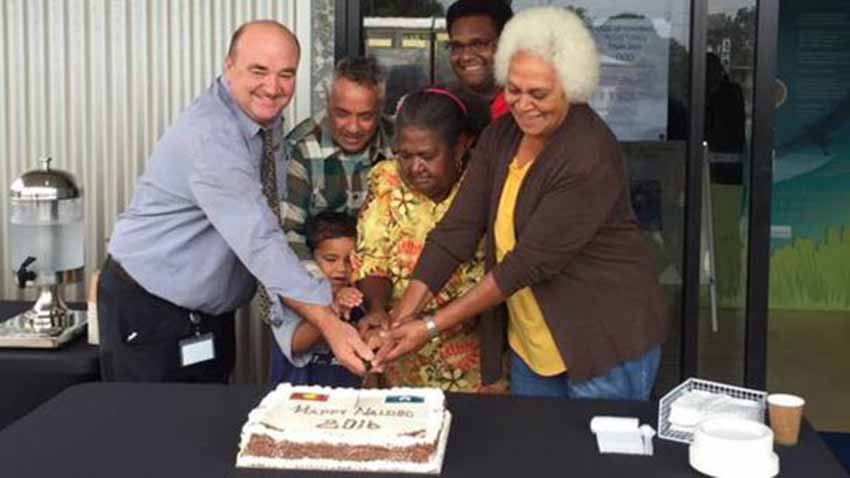 “Ramon Jayo, son of immigrants from a small town in the county of Lea Artibai in Bizkaia, has become the first Basque mayor of the council in Australia.”  As reported by El Correo in an article by Mirari Artime.  Here is the translation of the article.

Mirari Artime, Aulesti (Bizkaia).  Many Basques, for one reason or another, left their country to immigrate to other corners of the planet but continue to have a special attachment to Euskadi.  This is the case of Ramón Jayo Astorkia, oldest son of Felix Jaio and Pilar Astorkia, originally from Aulesti that despite being 15,985 kilometers from Lea Artibai, maintains his connection to the Basque Country.  The Town Hall recently received a letter inviting them his countrymen to visit the Council of Hinchinbrook Shire, where he has become the first Basque Mayor in Australia.

“We have already met, and his sister has also come to spend summers with us,” the Mayor of Aulestia, Mikel Ansotegi, explained.  In the message “he assures us that we will be very well received by his council that sends us information so that we can get to know each other better.  It seems curious to share the news with his neighbors so that they realize how far people from our town are able to reach,” he stressed.

Originally from the farmhouses of Garaur and Zetokiz, the Jaio Astorkias are part of the wave of immigrants who went to Australia due to economic reasons, as well as the fruit of an aggressive campaign to increase its population beginning in 1958.  More than 5,000 Spanish people opted to adventure to Oceania, half of which were Basque.

There are indications that the first who entered the country were merchant marines from Bermeo who left their boats in Sydney after hearing about work opportunities in the sugar cane fields in North Queensland.  Several centuries later, a second-generation Basque is the mayor of a small Australian town with 12, 558 inhabitants that is part of a state so large that there is a boundary separating the north from the rest of the State.

His council is comprised of six councilmen and the mayor that are elected every four years.  In past elections, Jayo won with 51.85% of the votes, while his main rival obtained 32.44%.  Even if only a few people in Aulestia know him, his neighbors are sure that, “if he has the blood of Lea Artibai, he will be a good person.  A good handshake is enough to keep his word,” they assure. With Euskera as his mother tongue, his friends remind us that Ramon Jaio “although he has maintained his mother-tongue, has now become part of the history of Basque people in Australia.”