Marek Jacek Grzeszozyk: "When you lack roots you are fascinated by the peoples that keep theirs alive" 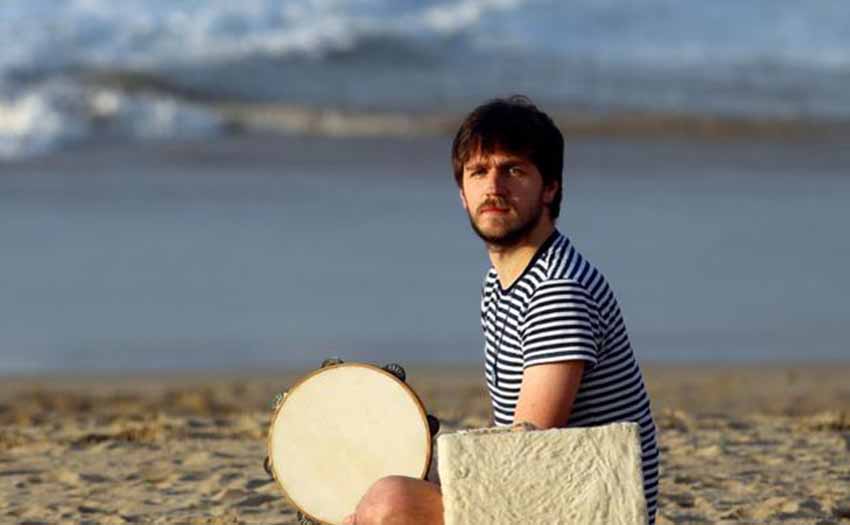 He left his Basque class and went down to the beach. With a Cantabrian tambourine and a Galician square (photo Arizmendi-DV)

Donostia-San Sebastian. Marek Jacek Grzeszozyk is a Polish geographer who is interested in Euskal Herria and "the four languages of this country", claiming as such - in addition to Euskera, Spanish and French - Gascon, whose historical presence is felt in the toponomy of the entire Basque coastal strip, in Donostia itself, with names as deeply rooted in Donostia as Urgull, Aiete, Polloe, Narrika, Morlans or Miramon.

Journalist Begoña del Teso talks to him at the exit of the Basque language class, in an interview that published in El Diario Vasco.