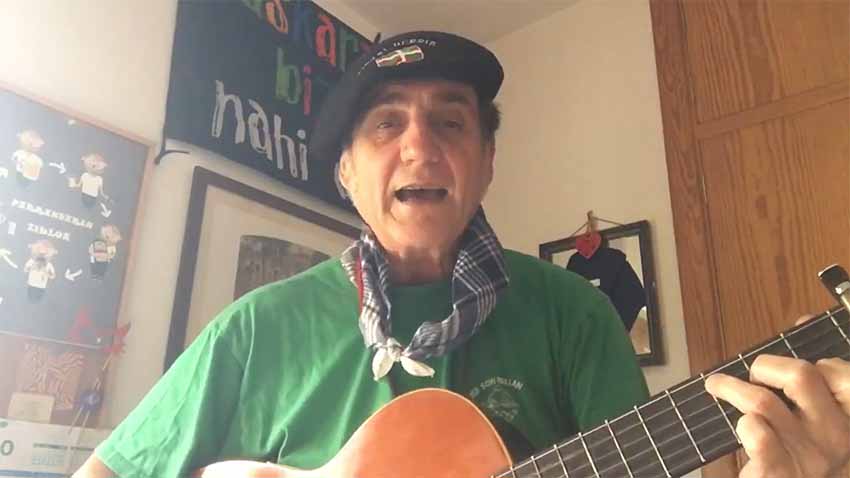 Among the works presented was a song by Gotzon Merlo with a video performing his version of “Aita-semeak” by Oskorri. Ongi, Gotzon!

Mallorca, Spain. At this time conditioned by the pandemic, Euskal Etxea Artea de Mallorca did not carry out its traditional end-of-course meal, but as it was in the post-confinement phase, it called a pintxo-pote at a local tavern; also to present awards for the contest organized by the club taking quarantine as its theme.  Twenty people participated in the event. Among the winners were two children who participated in the contest with a joke and a drawing respectively.

Gotzon Merlo altered the lyrics of “Aita-semeak” to talk about the quarantine. Aupa Gotzon! 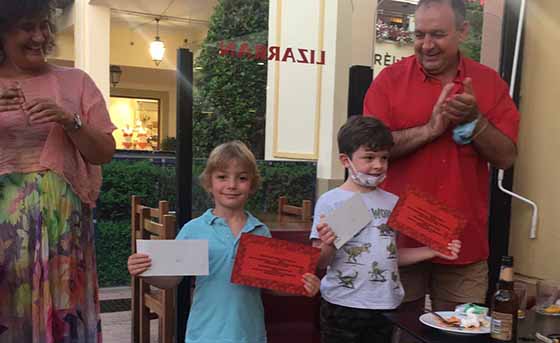 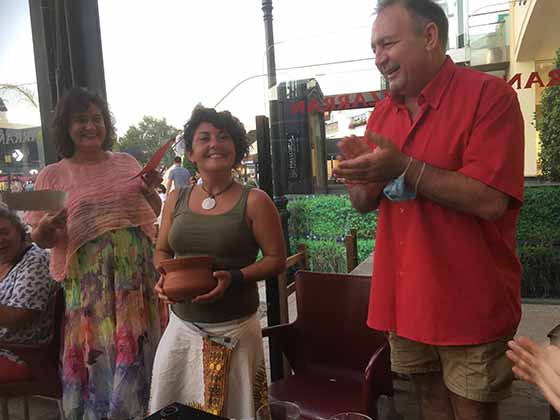 Davinia Carvallo, presented a ceramic piece receiving her award and an applause

Fourteen adults and two children participated and received certificates of participation as well as a prize, enough money to treat themselves to a pintxo-pote.  Eskerrik asko everybody!