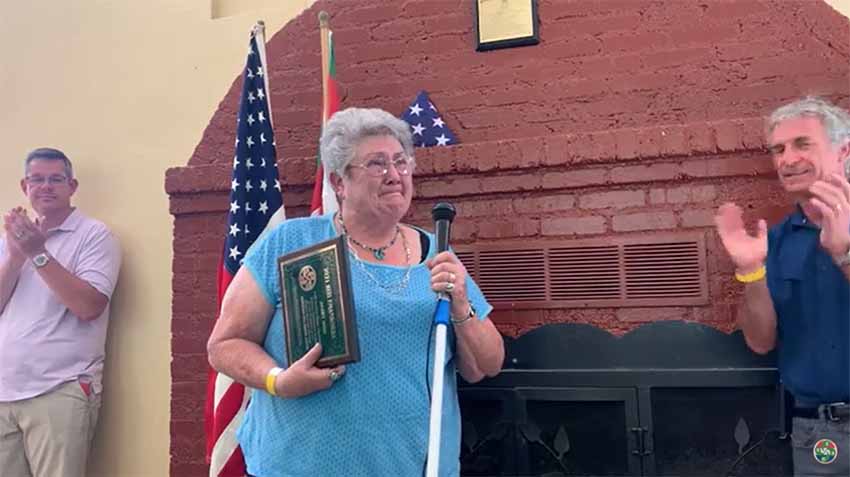 Reno, Nevada, USA. Much emotion and well-deserved applause this past Saturday, July 17th in Reno when NABO President, Philippe Acheritogaray presented one of the two 2021 Bizi Emankorra Awards to Janet (Carrica) Inda at the heart of the Zazpiak Bat Basque Club Festival. The other award this year will go to Miren Artiach and will be presented to her in her hometown of Boise, Idaho.

An active member of the Basque community and the Zazpiak Bat Basque Club in Reno, Janet was a supporter and active protagonist in 1973-74 in the founding of NABO and the only person in the history of the entity to hold all four officer positions, secretary, treasurer, vice-president and president, being the federation’s first woman president.  Her lifetime dedication was recognized last March by NABO awarding her the Bizi Emankorra that has now been presented.