“Gure Patxarana:” new harvest of homemade Patxaran made by Basque students at the Gure Txokoa in Azul 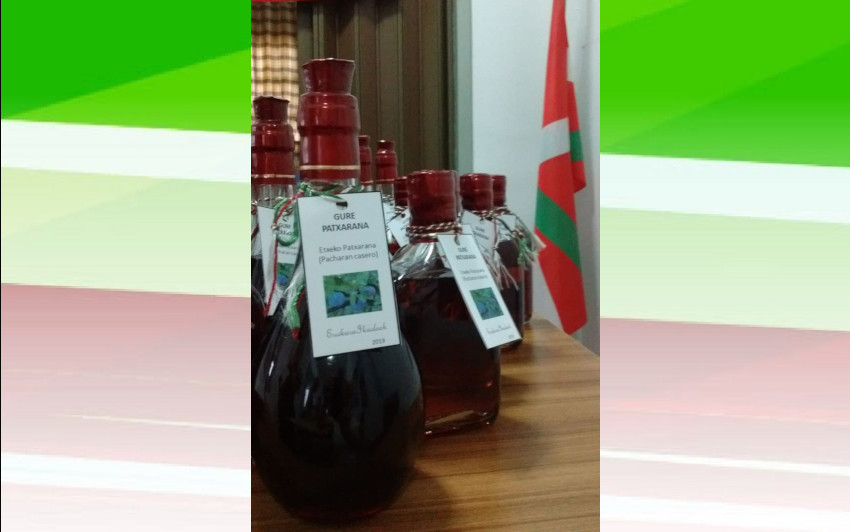 Azul, Argentina. “A one-off activity that has now become a project.”  That is how Elizabet Etchegaray explained the creation of “Gure Patxaran,” to EuskalKultura.eus.  Eli is the Basque teacher at the Gure Txokoa Basque Club in Azul where, like many Basque clubs, they celebrate the International Day of Euskera on December 3rd.  To celebrate in 2018, a group of students prepared the scene for a typical beverage from the Basque Country and the protagonist was Patxaran.

This is how the idea of making homemade Patxaran came about, an activity that the group devoted itself to in 2019.  They called it “Gure Patxarana,” and despite the fact that they produced a very limited quantity, it achieved notable success among the club’s members and friends.  As a detail, when the Director of the Basque Community Abroad, Gorka Alvarez Aranburu, visited the club in 2019, they gave him a bottle, which Aranburu donated to the Basque Diaspora Museum, along with other contributions from the Diaspora.

Last year, the pandemic didn’t allow them to get together, but this year, following the protocols in place, the group has begun new production.  The group is comprised of Isabel Bidegain, Evel Bianchi Etchegoyen, Viviana Sagarna, Patricia Mujica, Rosario Barberena, Laura Etcheverry, Marité Cárdenas Zavaleta and Elizabet herself.  The recipe is based on blueberries, since sloe berries do not grow in this area of Argentina.  They add, that they also include a secret ingredient that will not reveal.

The 2021 harvest of “Gure Patxarana,” will be ready to enjoy in December.