Sancho de Beurko Elkartea defends the role of the “other Basques,” at Guadalcanal (1942): “History vs. Myth” 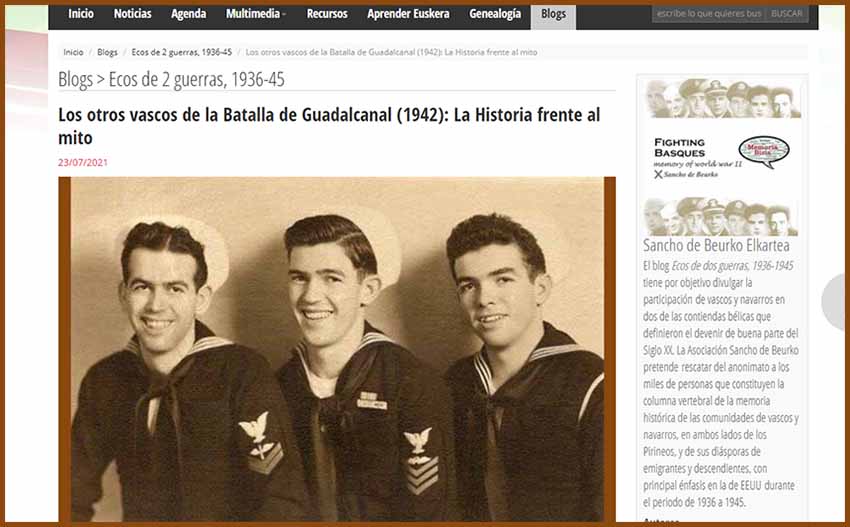 Donostia-San Sebastián. A new installment of the blog "Echoes of Two Wars, 1936-45" entitled The Other Basques at the Battle of Guadalcanal: History vs. Myth." Defending the memory of the Basque soldiers who fought in the US armed forces and participated in the summer of 1942 in the landing and conquest of this island located in the southwest Pacific Ocean, in the context of the greatest offensive of the Allies on the Pacific Front of World War II.

The blog claims that “in face of the legend and the myth of Carranza and his group of ‘Basque code talkers,’ the real events carried out by Americans of Basque origin, of flesh and blood, with names and surnames, must be defended by Basque historiography as active subjects that belong to our Diaspora and our common history.”

Read their story here in the Blog (Spanish).