Festivals, National Mus and a new trip to Euskal Herria, all thanks to the Guillermo Larregui Basque Club 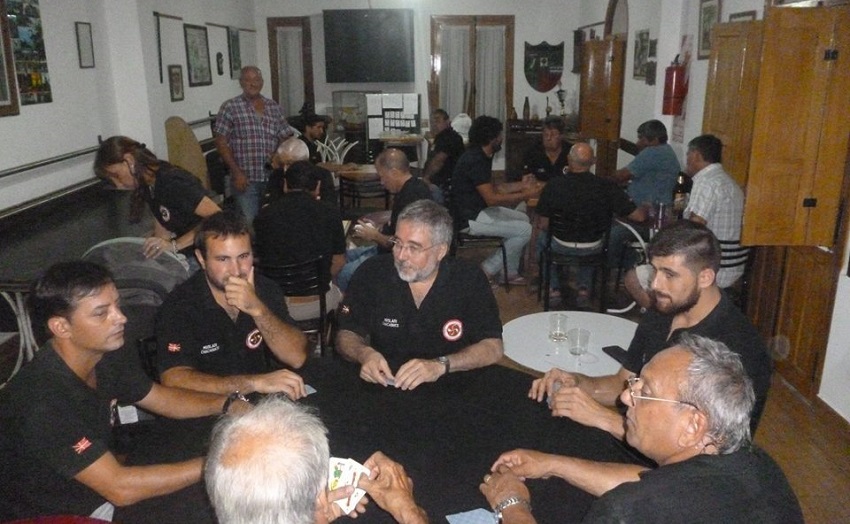 The Guillermo Larregui Basque Club in Chacabuco is already warming to get through a 2017 that is full of activities.  The first in an extensive list is the “BAC,” but the dance performances will continue at other area festivals.  The Basque Club will also be the site of the National Mus Tournament, an event that organizers are anxiously awaiting.  And a group from Chacabuco is getting ready to travel to the Basque Country in September.

Chacabuco, Argentina.   Mus is the first activity to resume at the Guillermo Larregui Basque Club.  In hopes of determine what team will represent the club at the National Tournament, the Basque club has held two of the four qualifying tournaments. The first winners are Hugo Rato and Heber Rodriguez, with Hugo Nicoemo and Luciano Gatti coming in second.  During the next few weeks, two semi-final tournaments will take place to determine who is in the finals.

The two winning teams will be the ones to play in the name of the club hosting this year’s National Tournament in Chacabuco.  The tournament will take place June 16-18, at the Guillermo Larregui facilities and will coincide with the celebration of the 28th anniversary of the institution.  Remember that the National Championship decides who will represent Argentina at the World Mus Championships that will take place in the United States later this year.

Muslaris aren’t the only busy ones, Emakumes and Dantzaris also are getting ready for Women’s Day that will take place on March 8th at the Basque club.  The dantzaris, will also practice for their first performance of the year that will be on March 18th on a stage at “Buenos Aires Celebrates the Basque Country.”  Following this, and invited by the city, the Basque club will also participate on March 25-26 in the First Regional Cheese Festival in Los Toldos where both the txikis and the older dancers will perform.  On April 8-9th, they will participate in the annual Dantzari Get Together and Aberri Eguna festivities in Cañuelas.  Also in April, the club will participate in the National Corn Festival with a food stand.  Finally, in August they will represent the club at the rural festival.

On the other hand, in September the proposal is international.  Continuing with the club’s annual trip tradition, coordinated by president, Pablo Pavesa, there are already 30 people interested in touring the Basque Country.