Euskara Munduan: What pushes someone from the Diaspora to learn Basque and then teach it as his/her Euskal Etxea? (I) 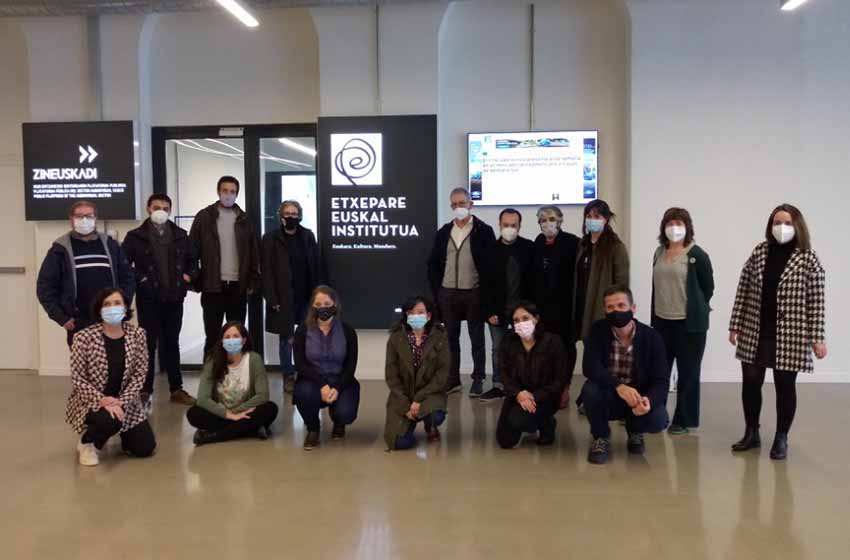 Donostia-San Sebastián. After overcoming the obstacles imposed by the pandemic, a group of young Latin American students/teachers began this year with a Basque barnetegi in Lazkao, using their vacation days or requesting a two-month leave from work.  All this with the aim of completing a training process that allows them to teach classes at their own centers as part of the Euskara Munduan Program at the Etxepare Basque Institute.

Just before leaving for their respective countries, we approached four of them and asked them to tell us a Little bit about their reality, how they started learning Basque, what are their motivations to learn and the feeling that this language gives them, and the country that gives it its name in Europe. In short, we wanted them to tell us about the strength and commitment that lead them to dedicate themselves to the Basque language in their respective countries, their hopes and weekly hours of their lives.

Here are the first two testimonies from Bego Tisera from San Nicolas, Argentina and Christian Etxeberria from Santiago, Chile.  The translation from the Basque original is ours. 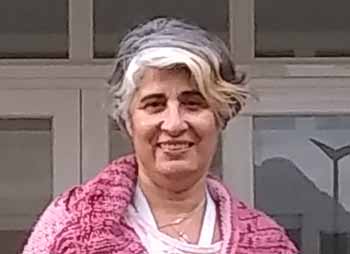 As a child i used to listen to single words (in Basque), at home because my mother’s family came from the Basque Country, from Bilbao.  My mother was born there, but it was during Franco’s time, and she did not learn the language.  But, my grandfather wanted us to learn Basque and that is why he had several books in Bizkaian Basque brought from there that he used to use with us.

I was part of the Euskal Etxea my whole life, but it never occurred to me to dance or play music or things like that.  After my children grew up, however, I saw an advertisement for Basque classes on TV about 17 years ago and it caught my attention and aroused my interest.  So, I signed up and started taking classes at my Euskal Exea in San Nicolas de los Arroyos.

I remember at the beginning it seemed really difficult but I continued.  It was a great group and our teacher Natalia Hormazabal made such an effort and had such passion that she transmitted her enthusiasm to us.  I really fell in love.  Today I can say that I love Euskera.

In 2013, I began the Euskara Munduan Program that was then part of HABE, and today is part of the Etxepare Basque Institute that allows you to learn and eventually become a teacher at your Basque club, with the idea that you are filling a void created by the lack of local teachers in Basque clubs.  You study online, with the support of face-to-face meetings several times a year.  Online learning is a bit lonely, but it helped me to improve and progress.

I started teaching two year after beginning the Euskara Munduan Program at my Basque club in San Nicolas.  I have to say that for me it was an important step in my process because having to prepare classes and explain thing to others reinforced my own learning.

I met the language thanks to my family, but later it was me that embarked on this path in which, in addition to learning, I have made friends and have seen places.

This year, i traveled to the Basque Country and visited its corners and could speak Euskera with Basques in their own environment.  I think that it was a beautiful outcome before going back to Argentina and taking up classes again.

Of the two months that I spent at the Maizpide Barnetegi in Lazkao, in addition to what I have learned, I have had an unforgettable experience.  It has been very nice to get together with my classmates and people, listening to Basque on the street…

In other words, I liked getting to know Euskera and the Basque speakers in their natural environment, having lived it from the inside and having felt part of it.

I want to end by recalling a phrase from a colleague, which I share: from now on, I belong to two places. 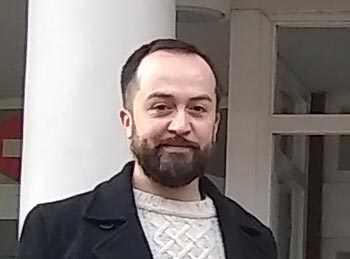 I was educated by my grandmother, and so she was a very important figure in my life.  Her last name was Echeverria, but to tell you the truth, I didn’t know a lot about her origins.  When she passed away, I became interested and wanted to learn more about her last name, and when I realized that it meant something in a language that I didn’t know, I was intrigued and felt that I wanted and needed to learn more, and so I decided to study Basque.  Not only that, in time, I also changed my last name and took that of my grandmother.

I am happy to be Basque.  I don’t know, my life has become richer and larger just because I have become a Basque speaker.  In Basque I was provided entrance to a new world that I didn’t know existed before, and today I consider that it is even more interesting, with ties and very strong relationships.

Through their learning I wanted to deepen my relationship with my ancestors, I thought that Basque would be a good tool for this.  And, as I have been getting to know more, I have been falling in love with the Basque language.  This made me want to share that satisfaction and enthusiasm, so I decided to accept the opportunity they gave me to start the process of becoming a Basque teacher.

Today, I continue to learn and at the same time teach classes at the Eusko Etxea in Santiago, Chile.  I feel connected with the Basque culture and that gives me a better and broader view of the world.

This was my first trip to the Basque Country.  I came moved.  I have met very nice people and they have all welcomed me with kindness.  Speaking Basque in Chile or doing it here is different.  Speaking here, I feel like I am part of it and a participant. Communicating in Basque with people on the street has made me happy.  All the effort and time invested have been totally worth it. .