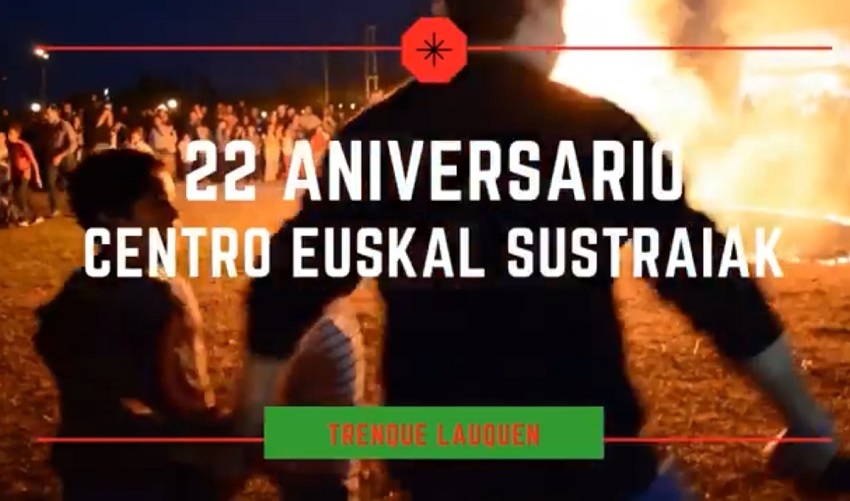 Trenque Lauquen, Argentina. Euskal Sustraiak turned 22 last Thursday, on May 15th, and obliged by the current coronavirus situation had to cancel its original festivities, deciding instead to celebrate on social media.  All month long, they will be publishing images, commentary on the club’s history from tis foundation till the present, through a selection of photos and videos that include the club’s most significant moments. Susana Echaide, club president, explained EuskalKultura.eus that none of the project they had in mind this year, were able to be carried out.

“Besides the anniversary of our clubhouse was also to be celebrated along with the city’s anniversary, and we had planned to burn an effigy for San Juan's fire…but now we won’t be able to do any of those things,” she said.

“The anniversary festivities will take place online with videos that we will publish all month long.  I want to take advantage of this opportunity to greet and thank the entire Euskal Etxea community.  Many of them are not Basque but are always at the ready.  In the name of Euskal Sustraiak’s Board of Directors a big hug, from a distance to everyone,” she concluded