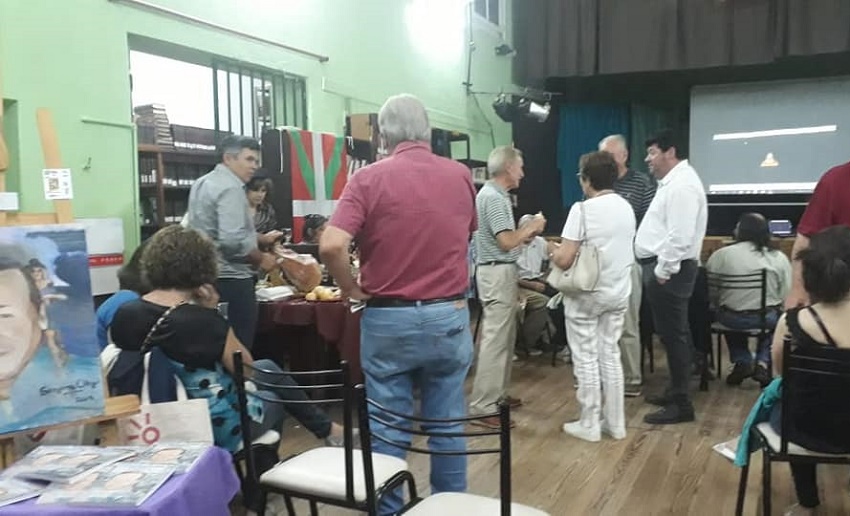 End of year activities at the Basque club in Venado Tuerto

Venado Tuerto, Argentina. After holding several meetings and cultural activities, the Basque community in the city of Venado Tuerto put together in May its first board of directors of the Euskal Lagunen Etxea Basque Club.  After other achievements and to celebrate the group led by artist Jorgelina Otegui held a cocktail to say farewell to the end of the year with film, painting, Euskera, good food and drink.

Thanks to the management of the president of the Juan Bautista Alberdi Library, Wilder Avendaño, the Basque club bid farewell to the year showing the movie Eight Basque Last Names, in the Museum hall.  They also inaugurated a exhibition of Basque themed paintings with works by Jorgelina Otegui and activities like games in Euskera organized by members Mari Icutza and Ana González

When it was time for a toast, there was plenty of cured ham and Basque-Argentine cider, “Txapela,” thanks to the treasurer Daniel Ozcoidi and Graciela Echevarria with the collaboration of María Lujan Ilari, Dora Icutza, Rodolfo Bonomo, Javier Ilari and Samanta Guichon del Soldato.

In the words of the president, it was a “gathering where we could share our profound sentiments for our parents, grandparents and ancestors…This is what unites us and makes us a big Basque family,” she said.

With the creation of the first board in 2019, the young Basque club was very active and not only on the local level, but they also participated in FEVA activities (as monitors for txikis and in percussion), as well as in Euskera.

Looking to the future, the challenges that they have identified includes finding more Basque descendants, planting a Tree of Gernika in the city and continue with the cultural proposals that include film, gastronomy, Euskera, painting, and traditional dance, and rural sports.

“In 2019, we proposed achieving legal status and creating a board of directors.  That took a lot of team work but we did it; and now the rest of the steps are in the hands of scribe Sabina Alustiza who is guiding us,” Otegui explained.

-Official beginning of the Basque club last May 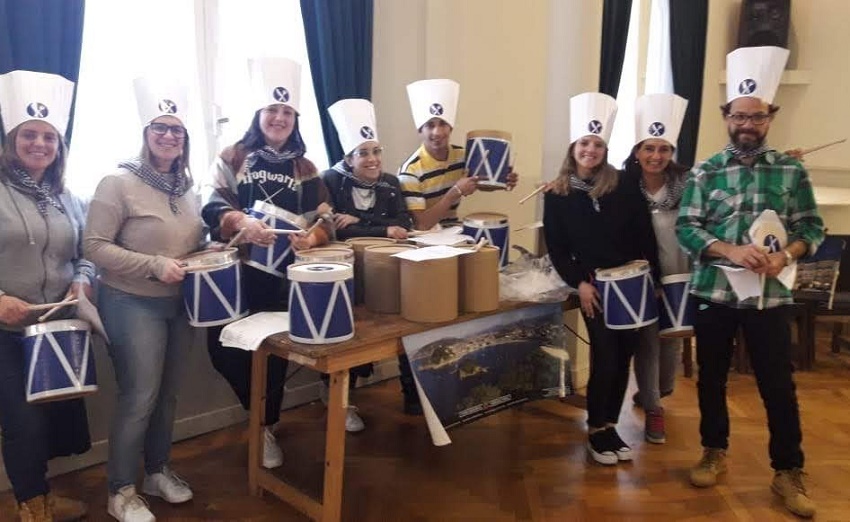