Hispanic is fine, but I'm Basque: no doubt for USA Congressman John Garamendi about his background 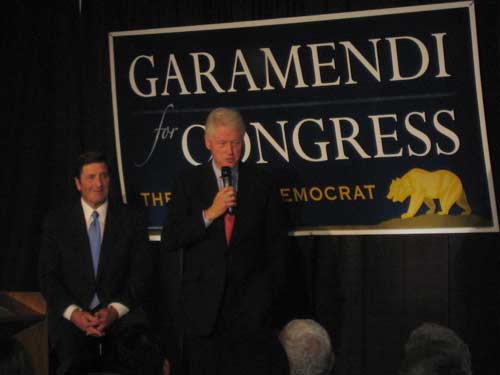 The Associated Press published an article a few days ago regarding how difficult it is to determine the number of Hispanics in the US Congress. The reason is that various congressmen that appear as Hispanic on some lists don’t consider themselves as part of that category. One of them is John Garamendi, Congressman from California since 2009 that considers himself Basque. A 2011 census estimates that there are 53,045 Basque descendants in the US.

Washington DC.  The Associated Press recently published an article that explains the difficulties in determining the number of Hispanics in the US Congress.  According to the article, there is no doubt regarding the Senate; there are three Hispanic Senators that identify themselves as such.  However, in the case of the Congress it is more difficult to calculate the exact number.  One of the congressmen that appears or not in the lists is California Basque, John Garamendi.

The article says that this discrepancy illustrates how “elastic” the Hispanic identity is.  The NALEO defines Hispanic or Latino as someone who can trace their origin to a Spanish-speaking country or who identifies with that culture, says the AP.  The Congressional Hispanic Caucus Institute has members who only identify themselves as Hispanic.  The House Press Gallery identifies anyone whose linguistic origins are from Spain or Portugal.

AP took a survey of the members of Congress who appear on one of the three lists, among them, John Garamendi from California.  The spokesman for Garamendi told the agency that Garamendi considers himself Basque.  His paternal grandfather, he explained, “arrived in the U.S. in 1906 from the Basque region, a swatch of northern Spain and southern France.”  Garamendi did not check the Hispanic box on the census, added the spokesman.

The paternal family of Garamendi is from Ispaster, a Basque town near Lekeitio, while his maternal grandmother is from another well known Basque-American family, the Ossa from Saturraran.  A documentary on John Garamendi can be seen free online on Eitb.com:  Kurtziatik Kaliforniara.

The data from the Census ‘American Community Survey of 2011, estimates that there are some 53,045 people of Basque origin in the US.

-For the complete article: here