Do you want to be part of the production of a film in English, Basque, French and Spanish? Join “Ainara” 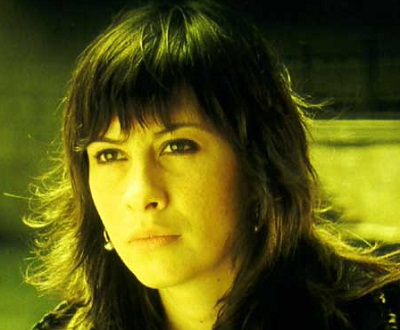 The director and screenwriter Jean Darrigol and a group of film professionals have begun pre-production of “Ainara,” a multilingual film that chronicles the return of a young woman raised in the Basque Diaspora in the US, to her native Iparralde. So far the film has cast Oihana Maritorena as Ainara; the Basque-American Tomas Arana as Aitor, and Nicolas Cazale from France as Ugo. The film teams would like to include the Basque community in the Basque Country as well as the Diaspora in the filming, and are proposing at least seven ways to get involved. Details to follow.

Donostia-San Sebastian.  A group of Basque filmmakers, actors, musicians and artists have begun a campaign to support the production of “Ainara,” an independent film made in Iparralde but whose story envelopes the Basque Country as well as the Basque Diaspora.  The title refers to the protagonist of the film, Ainara, a young girl from Lower Navarre who was raised in the US by her father after the death of her mother, but it also refers to the swallows (ainarak in Basque) that live in the family home and who receive the inheritance and bring her back to Euskal Herria.  Aitor is also a refugee in this house, a man with a mysterious past with whom Ainara lives a very intense but brief love affair.  The story of the two is told by Ugo, a cartoonist who travels looking for new horizons, and by Rosaline, a neighbor.

The film, directed by Jean Darrigol, also has cast members Oihana Maritorena (Ainara); Tomas Arana, a Basque-American actor who has also had roles in Hollywood films such as “Gladiator” and “L.A. Confidential” is Aitor; and Nicolas Cazale plays Ugo, originally from Pau, France and who has appeared in films such as “Caotica Ana” (Chaotic Ana) or “Un viaje a la Provenza” (A trip to Provenza).

The film’s budget is one million Euros, and its producers have already committed to a Basque producer who is interested in participating in the Project.  Institutions like Euskal Kultur Erakundea, Eusko Ikaskuntza, Baionako Euskal Museoa and Euskal Euro-Hiria are also supporting the film.  Now, those in charge would also like to get Basques from the Basque Country as well as the Diaspora involved and have presented a website that includes at least seven ways of getting involved in the project.

-Signing the “Gold Book,” expressing interest in the project
-Helping translate the website into Basque, English, and Spanish
-Proposing designs for the posters and informational brochures about the film.  The person selected will be given space on the project’s website and will be able to participate in the film as an extra.
-Participating in work groups who will come up with thank you gifts for donors: art (an invitation to the set, names appearing in the credits, or work as an extra), touristic (discover Euskal Herria) or professionally (staff company logos in advertising material, or product placement in the film…)
-Helping find filming locations.
-Being an extra in the film
-Letting friends, family and colleagues know about the project
-Participating as an investor or co-producer (as well as benefitting from the film profits)

Jean Darrigol, is originally from Aldude, in Behe-Nafarroa.  His family on his mother’s side is from the house Harritxiloa, a place that marked him as a child and is reflected in the house in the film.  “In this family of eleven kids, many of my mother’s brothers emigrated to the West to work as sheepherders, just like many of their neighbors.  Some came back; others, like Michel Muchico, stayed in California where he died in the early 70s,” Darrigol told EuskalKultura.com.  “Years later, when I lived in California, I found his grave in Fresno in 1999.  It was the first time that a member of the family visited it.

During his stay in the US Darrigol and Jerome Humbert, another promoter of the Project, met Tomas Arana, that has worked a great deal as a supporting actor in Hollywood.  “I also remember a native American ranger, who helped us when we got lost in the Joshua Tree desert during a storm.  She told us that the Basques were the first outsiders that she saw on her reservation.  “There was something open, without barriers there…like in Ainara, the protagonist.  I like to think that she could be the daughter of the protagonists in John Houston’s “Rebel Lives.”  She is from another place, like the swallows, in her dreams she imagines her roots, more beautiful and alive.  The confrontation of this dream, and the dream of the Diaspora, is reality, and one of the themes treated in the film.”