Do you get your ticket? Collaborate with the film about Pello Mari Otaño that Patxi Bisquert promotes: it's only 10 Euros 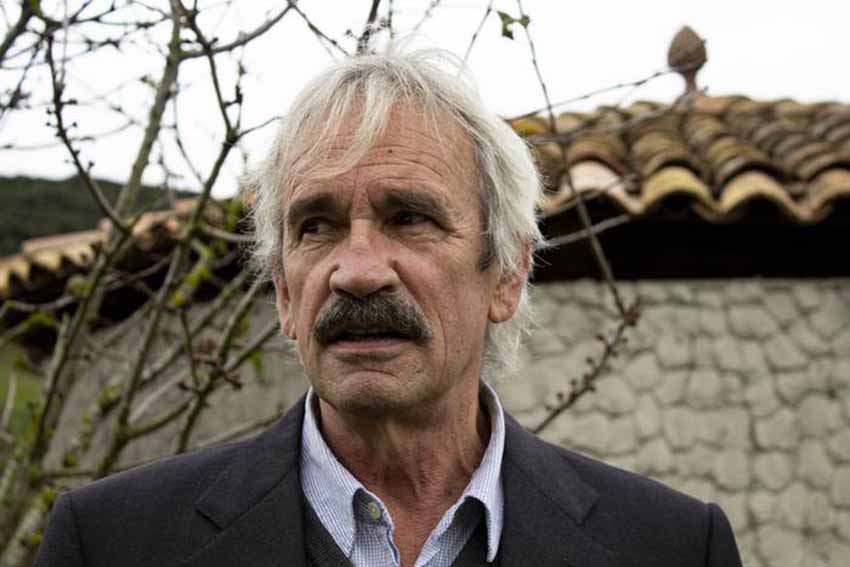 Patxi Bisquert supports the project to place the figure of Otaño in a place where it deserves to be (photo Bertsolari.eus)

Zizurkil, Gipuzkoa. “Ombuaren itzala" (The Shade of the Ombu) is the title of a film promoted by Patxi Bisquert (the actor in Tasio) about the life of Pello Mari Otaño (Zizurkil, 1857, Rosario, 1910), a referential name in bertsolaritza more than a century ago.  Ombu is the symbolic tree of the Pampa that creates great shade.  Otaño was one of the most important creators of Basque culture in his time, bertsolari, writer, Basque teacher or author of the libretto of the Basque opera Artzai Mutilla. The film intends to preserve his contribution as a member of the Diaspora in the place he deserves.

To date the plan is to begin filming in September in Argentina, at the Laurak Bat Basque Club in Buenos Aires and in Pehuajó, Bisquert says

As Otaño, Patxi Bisquert was born in Zizurkil, although he resides in Errotz, in the Navarrese valley of Arakil.  Bisquert is currently touring Euskal Herria to present the project and gather support.  He will direct the film, which has a script by the poet and writer, Koldo Izagirre that focusses on the last years of the bard’s life from 1890 to 1910. Bisquert has been pursuing the project for a long time (read the la interview by EuskalKultura.eus in Argentina in 2012). An auzolan (collaborative) campaign wishes to contribute to its financing: It has been proposed to sell tickets in advance, 30,000 at 10 Euros a piece.

Otaño himself relied on auzolan many times during his life, to publish his first book Zerbait, or to return to Argentina in 1898, with his family.  Otaño was without a doubt an innovator, in his creation of bertsos as well, many of which he left written down (“Bertso-paperak.) The film is also supported by FEVA (Federation of Basque-Argentine Entities).  They hope to begin filming in Argentina in September, in Buenos Aires at the Laurak Bat Basque Club and also in Pehuajó, as Patxi Bisquert told EuskalKultura.eus.

If you would like to support the project, buy your ticket here.