Coronavirus: the decision to cancel activities, or close clubhouses has generalized across Basque clubs around the world 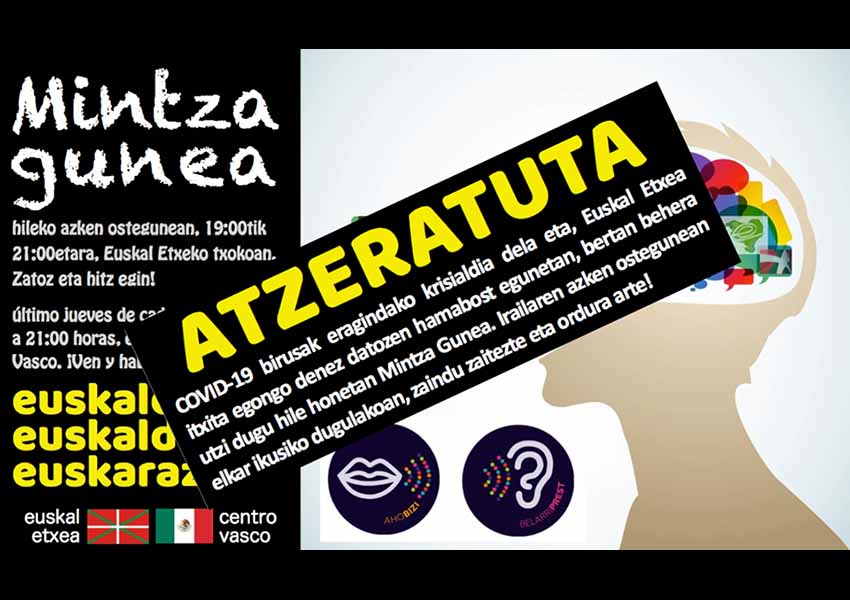 Donostia-San Sebastián. Event and programs have been canceled little by little and currently it is practically universal at Basque clubs and associations around the world shutting down all of their activities and clubhouse doors.  In the last few days, we have had a constant flow of notifications come to us from Basque clubs from all over trying to keep people up to date with the battle against the coronavirus.

We will begin with the oldest Basque club in the world, Laurak Bat in Buenos Aires, that has closed, along with the oldest club in the US, the Eusko Etxea in New York, the Chino Basque Club, the Basque Library in Reno, the Basque Museum and Cultural Center in Boise and many other Basque cultural references in the US. The London Basque Society-Euskal Elkartea said they will not gather again until after the crisis; along with Gure Txoko Basque Club in Sydney, Australia.  The Mendiko Euskaldun Cluba in Gardnerville, Nevada has also canceled its annual Mus Tournament, the largest in the States, planned for this coming Saturday.

They are part of a lon list that includes the Associazione Euskara in Rome, the Euskal Etxea in Paris, along with the Basque club in Bordeaux, and activities like the Kalakan Concert organized by the Brussels Basque Club. The same has occurred at the Lagunt eta Maita Basque Club in Pau, as well as clubs and activities in Barcelona, Madrid, the Euskal Etxea in Mexico and many others in Argentina and Uruguay (Saladillo, Mendoza, Cañuelas, Tandil, Macachin, La Plata, San Nicolás, Montevideo...) and other clubs in countries all over the world. It should be noted that there are very few Basque clubs or restaurants that haven’t been closed as of today, or who are not planning to do so soon.

Until when?  This is a topic for another article.

Note: this situation affects our worlwide Basque events agenda, where we have simply added cancelled as we are alerted.