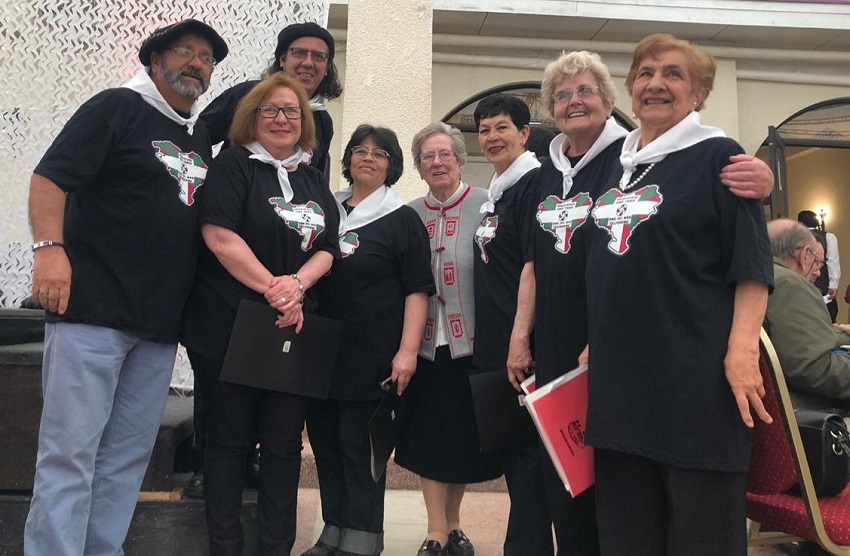 Valparaiso-Viña del Mar, Chile. The Euzko Etxea Basque Club Choir in Viña del Mar y Valparaiso begun in July of 2019, with in person weekly rehearsals. In the words of its director, Nestor Aguirre, the idea of forming a choir in the club was recuperating a tradition that came from the Basque choir formed in the “Winnipeg.”  Remember that the ship “Winnipeg” sailed on August 4, 1939 from the French port of Poullac, and arrived in Valparaiso on September 3, 1939 with more than 2,200 refugees from the Spanish Civil War fleeing the Franco uprising, some of them Basque.  It was during the journey that those Basques created a choir.  “This fact,” explains Aguirre, “was fundamental in the creation of the Valparaiso Euzko Etxea in 1943, and now, in that of our ensemble.”

The last few years have been complex for the Chilean people since in 2019 the country went through a social outbreak that resulted in more than 30 fatalities, which led to the current constituent moment.  Despite the pandemic and the political moment, “our desire to sing did not diminish and the group, some 10 people, continued to meet until December.”  During this period they performed at the Euskal Etxea and at the Spanish Stadium.

During 2020, and part of this 2021, the pandemic caused their activity to be interrupted, but the club has now returned to choir meetings, currently, virtually.  The ensemble’s repertoire include very popular songs in Basque and Spanish like, "Ikusi Mendizaleak," "Txoria Txori,” "Maitetxu Mía," "Loiolan Jai jai," and an original song composed by its director Néstor Aguirre entitled, "Euskera."