Bilbao: The 'Archive of the Basque Diaspora' gets the funds of Manuel de Ynchausti and Andres de Irujo 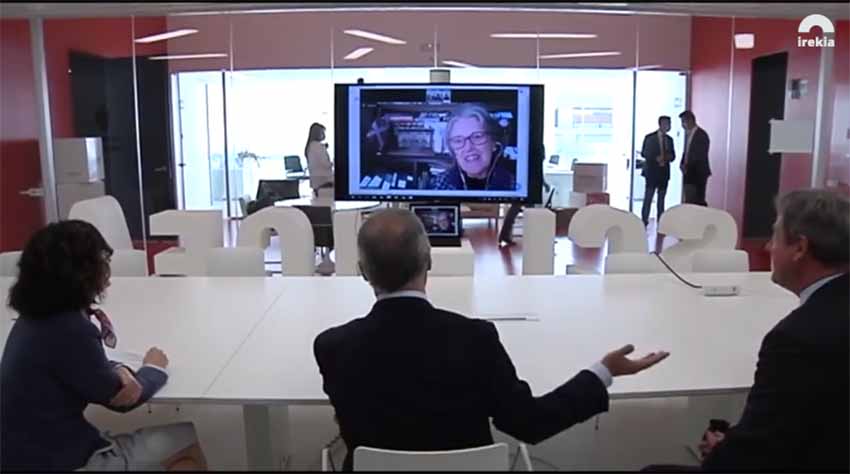 Bilbao, Bizkaia. On International Archive Day was celebrated yesterday in Bilbao at the Historic Archive of Euskadi at an event presided by Lehendakari Urkullu. That gathering featured the Diaspora on the occasion of the receipt of invaluable donations of archives of two very significant figures in the Diaspora, Manuel de Ynchausti and Andres de Irujo. The event was attended by relatives of Manuel Ynchausti; and virtually by Maria Elena Etcheverry, from Buenos Aires, widow of Andres de Irujo who participated, and spoke with Lehendakari Urkullu by videoconference.

Two Figures in the Diaspora

Manuel Ynchausti Romero (Manila, 1900-Uztaritze, 1961) was a businessman, a great philanthropist and a proud Basque culture supporter and a member of the Ynchaustis, a Basque-Filipino family with a very significant presence in the history, industry and commerce of the Asian country since the 19th century. A sympathizer of Basque Catholic nationalism, Ynchausti supported numerous Basque initiatives, filmed and documented aspects of Basque cultural and political life and was also a humanist and progressive in the social field. His archive, until now in the northern Basque town of Uztaritze, is particularly broad, rich and original.

Andrés Irujo (Estella-Lizarra, 1907- Buenos Aires, 1993), also has a long history of commitment to the country and its culture, developed mainly in exile in Argentina: he was one of the founders of the mythical Editorial Ekin in Buenos Aires, and of the American Institute of Basque Studies. This archive includes the one of his brother Pello and of all their initiatives, now transferred to the Historic Archive of Euskadi by Andres's widow María Elena Etcheverry, also with the intermediation of Professor Xabier Irujo.

-List of the Diaspora's Archive's resources (pdf) as of today