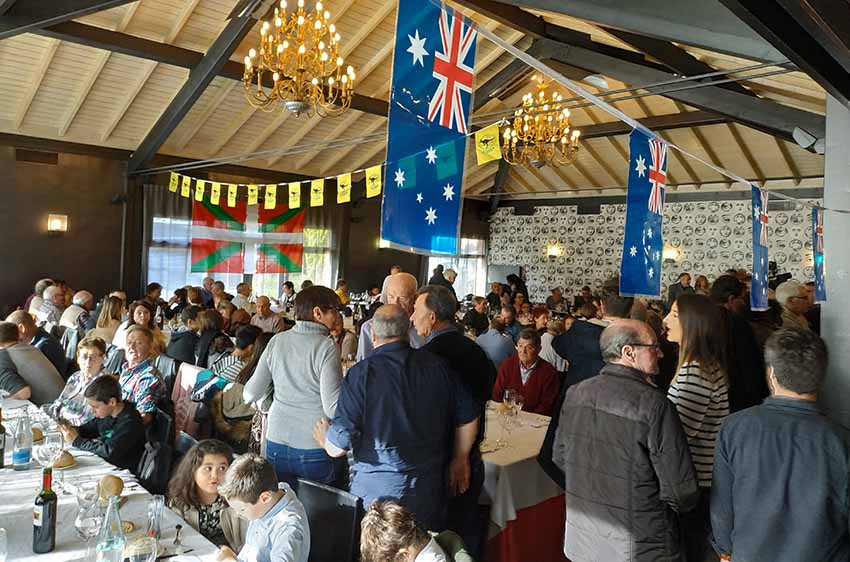 Gernika, Bizkaia. After the success of the first event last year, a year has passed since the Euskal Australiar Alkartsuna took its first steps as an institution that works for the recognition and diffusion of the facts and reality of Basque emigration to Australia.  A year has passed and now the second edition of the Annual Gathering of the Basque-Australian community will take place.  The event is planned for November 23rd, tomorrow beginning at 2:30pm at the Zimela Restaurant in Gernika.

The association led by Amaia Urberuaga has many plans for 2020 including a trip this summer to Jaialdi in Boise, Idaho, doing such as a group from the Basque-Australian community.  In October, the 7th World Congress of Basque Collectivities was held with the motto “Saregintzan” (networking) and following this idea and philosophy, the Basque-Australians see deepening their relationships with other Basque Diaspora around the world as natural, and even more normal to take the first step reaching out, relating and interacting with North American Basques.