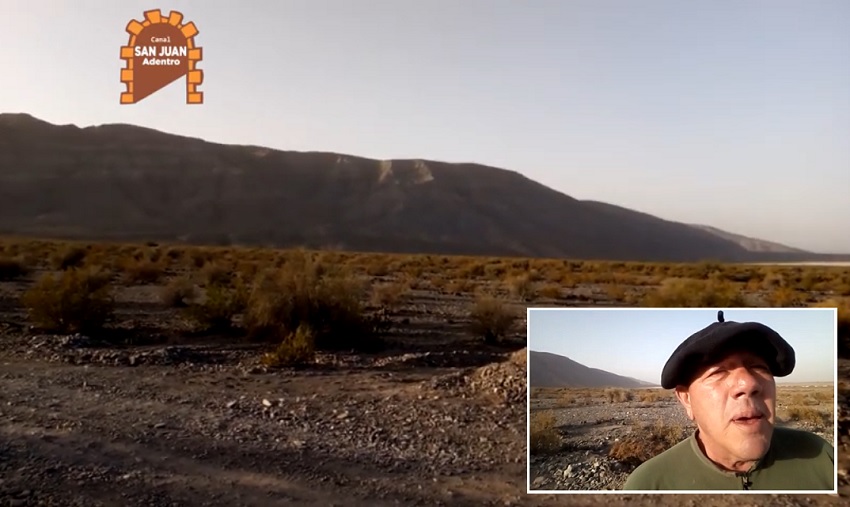 San Juan, Argentina. The “San Juan Adentro” (San Juan from within) YouTube Channel is sponsored by the government of the Province of San Juan, as part of the ‘Cultural Entrepreneur,” program.  An initiative by Eduardo Ochoa, a reference at the local Eusko Etxea Basque club, was launched in August.  Today it includes 12 videos, homemade material that aims to show the little know landscapes of the province.

In the video dedicated to the hill “Pie de Palo,” (peg foot) Eduardo Ochoa mentions Eugenio de Mallea from Eibar who “according to story,” was the first Basque to set foot in San Juan, in the 16th century. He was also the protagonist of the first marriage, according to European uses, in these lands, marrying Teresa, the daughter of Chief Angaco.  How did Mallea come to the Andean area? How did he relate to the natives?  What legacy did he leave? These are some of the questions that Ochoa answers in the video.

Although at the beginning of the pandemic the provinces far from Buenos Aires Capital seemed to be more protected from the arrival of the virus, the truth is that over the months the situation has become homogenized throughout the country.  Currently in the city of San Juan, there is a community circulation of the virus, with daily increases in cases, which is why new public places had to be opened to do testing.

As Ochoa himself told EuskalKultura.eus, “There has not been any activity in any NGO or neighborhood center or association since March so the Euskal Etxea in San Juan is out of business.  We must also consider that many of us who are part of it are elderly and at risk.  Fortunately, so far there has been no contagion among us.”  The province is closed and as of today, no public transport is running, not on land or by air.