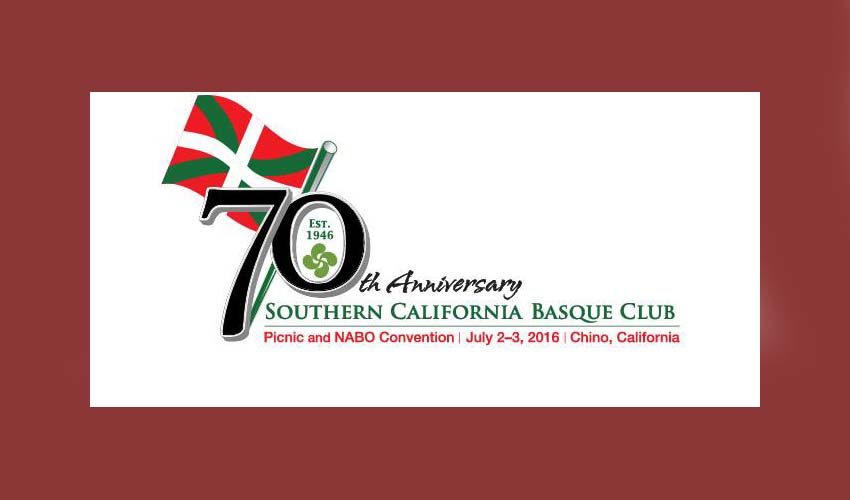 We have been asked several times, and so we felt it warranted an article: when are in 2016 the main NABO and FEVA Basque community gatherings in Argentina and the US?  Chronologically, the first national  get-together will be the NABO Convention that will be this year in Chino, California July 203, hosted by the Southern California Basque Club.  In Argentina, the Semana Nacional Vasca will be held November 11-13 in Necochea hosted by local Euzko Etxea.  But there is more.

Donostia-San Sebastian.   We write this article in response to many readers who have approached EuskalKultura.com.  In regards to the United States, this year’s national convention, officially the 70th Annual Southern California Basque Club Picnic & 2016 NABO Convention, will take place in Chino, California.  Founded in 1947, the SCBS is the oldest Basque club in the area.  The convention’s main activities will take place at the Chino Fairgrounds.  Although many will also gather at the Centro Basco Restaurant which is always a meeting place for Basques visiting Chino.

This year the United States will also be the site of another major Basque gathering that we will publish more about later.  This event is being organized in Washington DC by the Smithsonian with the support of the Provincial Government of Bizkaia and the Basque Government along with Provincial Governments in Gipuzkoa and Araba with the collaboration of NABO.  This event is the Smithsonian Folklife Festival that hosts a different culture or cultures annually.  This year the event will focus on the Basques June 29-July 4 and July 7-10 under the title, “Innovation by Culture." More information available, here. 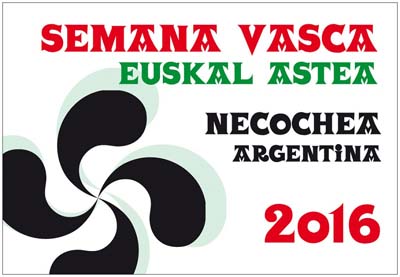 In Argentina, coinciding with springtime – fall in the northern hemisphere – the Federation of Basque Argentine Entities (FEVA) will celebrate its 2016 main event in Necochea, the second week of November, specifically November 11-13, organized by the local Basque club, Euzko Etxea.

As in the United States, this is the main gathering for Basque club delegates and members of dance groups, choirs and librarians, musicians, Basque students and professors…and all of the other activities that are carried out by Basque communities throughout the country.  They will also host members of Basque clubs in Uruguay and other countries in the area, including representatives from the Basque Country. This will also include, as almost every year, members and friends of the Euskal Argentina organization that is based in Lower Navarre that works hard to promote bridges between Euskal Herria and Argentina.  Euzko Etxea on Facebook, here. The club’s program blog Hator Hona, here.