Argentina: The Traveling Film Series will mark 300 sessions this Saturday and will celebrate it all month long 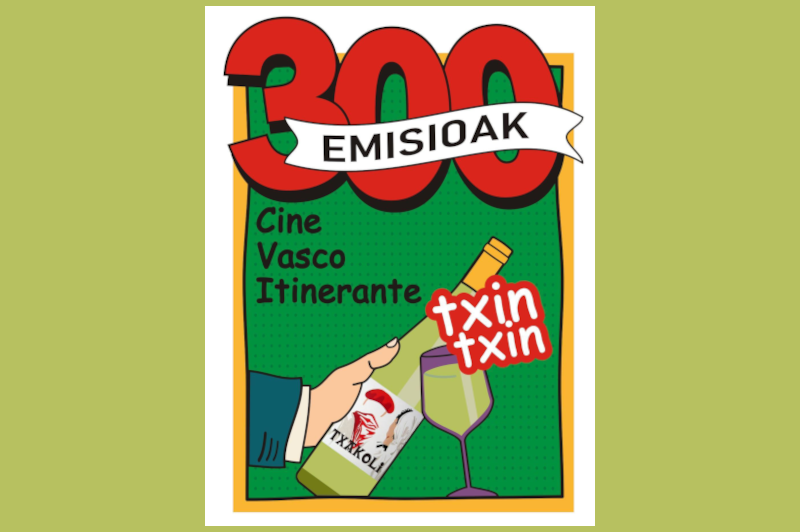 Buenos Aires, Argentina. The Traveling Film Series in Argentina coordinated by Carlos Gabilondo will reach 300 session this week.  This is a project that aims at sharing titles by Basque producers and creators at Basque clubs in Argentina, and in the words of its creator, it has taken a dimension that he never would have imagined.  “This is a space for exchange on the Basque culture and in particular, audio-visual arts, that are constantly renewed, updated, and does not stop growing,” Gabilondo told EuskalKultura.eus.

The series celebrated 10 years in 2020 and the pandemic obliged it to adapt to the virtual.  Since then, the short or feature-length film are screened by individuals at home, with the corresponding links provided.  Later, during the virtual meeting, on social media, or on videoconference platforms, a discussion is held, moderated by Gabilondo who takes advantage of being virtual to invite and bring encounters with Basque filmmakers and actors and actresses.

During this time, Gabilondo has traveled with his film series to Basque clubs in the Argentine provinces of Buenos Aires, Cordoba, Río Negro, La Pampa, Neuquén, Chubut, Misiones and also to Havana, Cuba. He has also screened films at non-Basque entities, for example at the Nation’s Library of Congress.

To date the series has presented 82 films and 54 shorts.

On Saturday, June 12th session 300 will take place in San Miguel, thanks to the Askatasunaren Bidea.  In Gabilondo’s words, this is a “very special Basque entity that has always welcomed and supported me.”

In line with the anniversary, Gabilondo takes this opportunity to thank all of the people who have made it possible for the Traveling Film Series to be what it is today:

“To Teresa de Zavaleta, the project’s godmother; to Laura Nobile, who at the time facilitated the Basque club contacts and cultural institutions’ contacts; to Angel Katarain, who opened doors for me in Havana, and also in to the Euskal Etxea in Havana for inviting me to participate in the celebration of its 140th anniversary; to the Delegate of the Basque Country in Argentina-Mercosur, Sara Pagola who linked me to the Zinemaldia in 2017, and to Joxean Fernández, director of the Basque Film Library; to Aiser Altuna and Iraia Elias who shared “Amama;” Esteban Pecoitz, creator of the logos that the series has today; Estefania Abasolo, who brought those logos to the Zirimiri Ceramics…to so many friends…and of course to the enthusiastic moviegoers who accompany me at each session,” he concludes.