“Ansots, Basque Chorizos & Catering” is the name of the new Basque offering in Boise thanks to the Ansotegui family 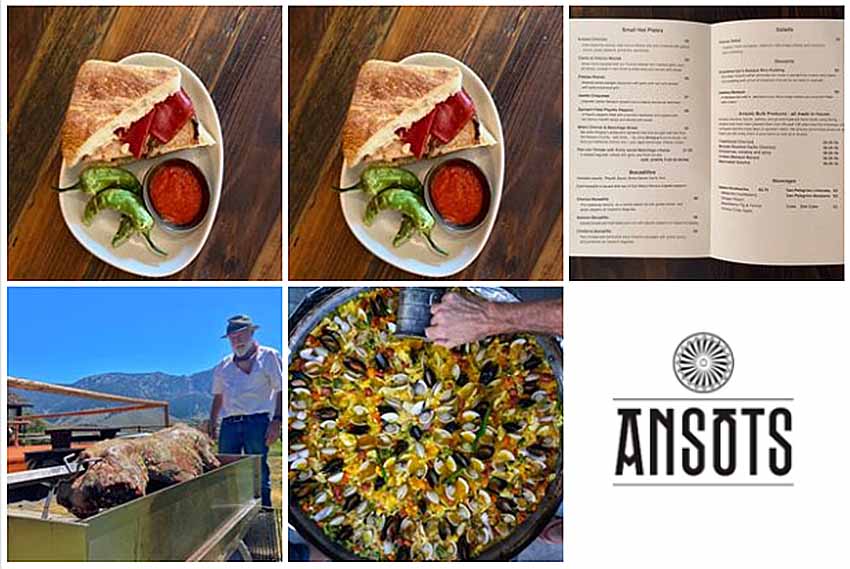 Boise, Idaho, USA. Basque cuisine over more than the last 30 years in Idaho’s capital cannot be understood without the contributions of Dan Ansotegui and his daily work establishing and disseminating good Basque home-cooking, consolidating its diffusion among his fellow citizens, Basque or not.  Throughout his career, this entrepreneur from Boise, a teacher by training, took pioneering steps and took a chance on projects such as the Bar Gernika, The Basque Market, cooking classes, Txikiteo…this only regarding his  cooking talents, since no less remarkable are his talents as a musician and cultural activist that will have to wait for another time.  Now, along with his wife Tamara and daughter Ellie, he has inaugurated “Ansots,” an establishment that provides a new Basque offering to downtown Boise.

Last week, on September 4th, Ansots officially opened its doors, after being postponed several times due to the pandemic and after a test-period of home deliveries.  This is a simple restaurant where food can be enjoyed on site, or can be ordered for takeout with portions and dishes like chorizo or solomo sandwiches, paella, lamb, croquetas, txistorra as well as flan and gateau Basque…accompanied for example by Basque cider or Basque and Spanish wines, finished off with a European style coffee.  A world that Dan dominates, in this new development just one block from Boise’s Basque Block.

Here is the Ansots menu, with the story of the Ansotegui-Inchausti family on the back, four generations, and more than a century in the United States.  The menu will vary with the season. Zorionak, Ansots!