An international conference will bring Reno, Berlin and New York together to analyze the legacy of Lehendakari Agirre 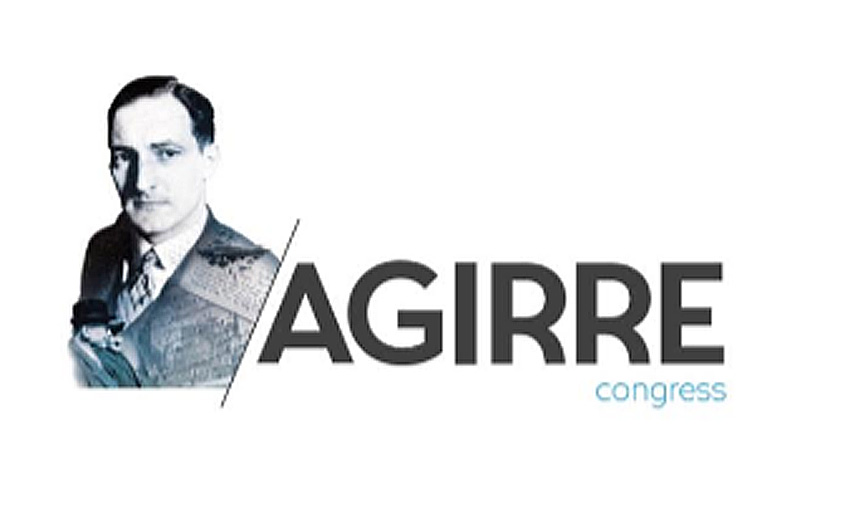 Promotional poster for the conference on Lehendakari Jose Antonio Agirre

This year marks the 75th anniversary of the escape into exile of Lehendakari Agirre, after the fall of the republican government.  It was a dangerous trip, fleeing Franco, passing through Berlin and his ally, Hitler, heading for America.  This month of March (through June) an international conference will take place in Reno, Berlin and New York, remembering this trip and analyzing the international legacy of the figure of Lehendakari Agirre.

Bilbao, Bizkaia.   This morning the Delegation of the Basque Government in Bilbao presented the conference entitled, “The International Legacy of Lehendakari Jose Antonio Agirre's Government” that will take place from March to June. Asier Vallejo, director or the Basque Community Abroad, was in attendance at the presentation, along with Irene Larraza from the Etxepare Basque Institute, Amaia Agirre from the Agirre Lehendakaria Center and Ainhoa Añorga, president of Berlin’s Basque Club.

The conference is an international event that will take place in three different venues; Reno, Berlin and New York.  It is being co-organized by the Etxepare Basque Institute, the William A. Douglass Center for Basque Studies at the University of Nevada, Reno, with the collaboration of the Agirre Lehendakaria Center and the Mikel Laboa Chair at the University of the Basque Country.

The conference will begin on March 26-29th in Reno, entitled “The International Contribution of Jose Antonio Agirre.”  Participants will include Xabier Irujo, Joseba Zulaika, Sandra Ott, among others.

The conference in Berlin will take place on June 1, at the University of Humboldt also with the support of the University of Leipzig. Participants at this session include Mari Jose Olaziregi from the Etxepare Institute and Xabier Irujo form the CBS in Reno, among others.

Finally, on June 9, the conference will come to New York, specifically to the University of Columbia thanks to the Agirre Lehendakaria Center.  Mari Jose Olaziregi will serve as presenter, and other participants include Lehendakari Ibarretxe among others.  It is worth mentioning that Agirre was a professor at Columbia during his exile in New York, along with Jesus de Galindez, Basque Delegate in the US in the 50s, and more recently, Ibarretxe himself.

Ainhoa Añorga, president of the Berlin Basque Club announced that they are preparing a large cultural and institutions program to commemorate Agirre’s passage through he city, with the collaboration of the Secretary General of Foreign Action.  This program will take place in Berlin during May and June and is entitled, “Agirre in Berlin 1941-2016. Das Baskenland mitten in Europa”.

Among the activities planned by the club, is the translation into German of one of Agirre’s Books about his flight: From Gernika to New York via Berlin, as well as his diary.  In addition, the club will create a map of the places that Agirre visited in Berlin and will create a website that will share all of this information,  Soon the entire agenda will be published that includes concerts, conferences and other activities.

On June 2, as a complement to the conference, the club has organized a debate about the art of Basque exile that will include the participation of several experts.  That night, writer Kirmen Uribe, and musician, Mikel Urdangarin, will present their show “Zaldiak eta bere itzala,” at the Gorki Theater.