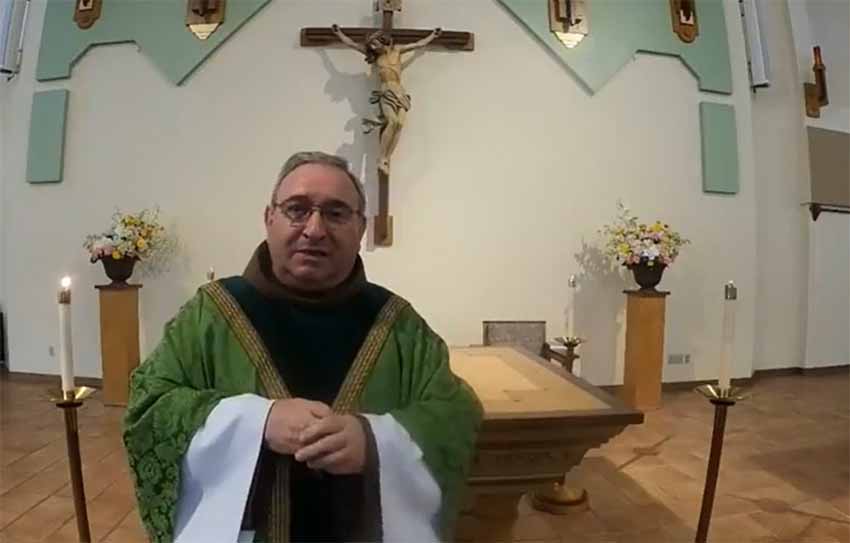 Aita Antton Egiguren during his online mass from last Sunday

Homedale, ID, USA. Next weekend on the US Basque calendar includes the Basque Festival in Homedale, organized by the Txoko Ona Basque Club.  Due to the current situation, with the pandemic still out of control in the United States, the physical gathering is not a possibility.  Nevertheless, Aita Antton will celebrate mass online, corresponding to this picnic, as he has done before for many others, for anyone wishing to attend.

The invitation sent to EuskalKultura.eus from Txoko Ona states: “We regret to announce that the 2020 Txoko Ona Picnic has been cancelled. The safety of our members and guests is our first priority. Fr. Antton Egiguren is now a priest in Merced, California and has been live-streaming Masses, via Facebook, during this Covid-19 quarantine. For all the Basque Clubs that have had to cancel their picnics he has highlighted their community with a special Mass. Fr. Antton will celebrate Mass for Txoko Ona in memory of our members who have recently passed away. Join us on June 28th!”

Next Sunday’s mass will be broadcast live with special remembrances of the Basques at Txoko Ona and the Basque community in general, celebrated by Franciscan priest, Antton Egiguren, Basque chaplain in the US.  It can be seen on Artzai Ona’s Facebook page.

The missal including hymns and readings for the mass is available here.

-Artzain Ona is the Basque Catholic Organization in the United States