80th anniversary of the Bombing of Gernika: When Basque children arrived in Montrose, Scotland 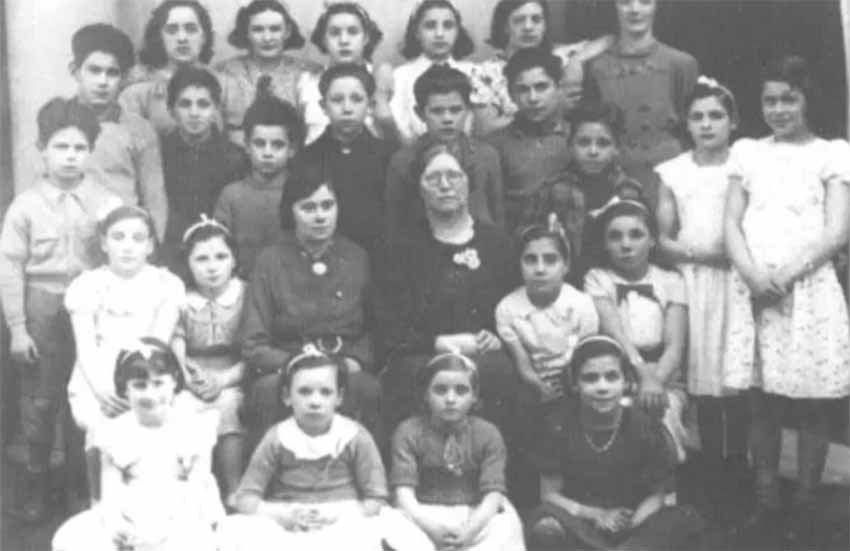 In a few weeks it will be 80 years since German Nazi aviators and Italian Fascists, allies of Spanish General Francisco Franco, bombed Gernika.  Among other things, this caused the exodus of thousands of Basque children, in a desperate attempt by their parents to free them from the attacks.  This is an article about the children that arrived in Montrose, Scotland, published last week in the local gazette the Montrose Review.

Montrose, Scotland. April 26, 2017, will mark the 80th anniversary of the bombing of Guernica in the Spanish Basque country by German planes.

Under General Franco’s colours, the Luftwaffe bombed the quiet Basque town on its market day - killing hundreds of civilians, many of whom were women and children.

The Spanish Civil War began in July 1936, when a military coup was launched against the democratically-elected Republican government of Spain. The coup’s eventual leader, General Francisco Franco, went on to win the resulting Civil War and ran Spain as a dictatorship, until his death in 1975.

When the coup was declared, the fascist governments of Germany and Italy immediately offered Franco military assistance, including the use of modern bomber aircraft.

After the atrocity of the bombing of Guernica, fears were expressed that the fascists would bomb other civilian targets in the Basque country, particularly Bilbao. Consequently, 25,000 Basque children left Spain, sent out to different parts of Europe.

According to the National Joint Committee for Spanish Relief, some 3840 children arrived in Britain, together with 80 teachers, 120 auxiliaries and 15 catholic priests aboard the ship SS Habana, which left the port of Santurce on the night of May 22, 1937, on its journey to Southampton. At the time, this was the biggest single migration into Britain in history.

Over the next few months, the children were dispersed to 90 “colonies” across Britain, supported entirely by the efforts of voluntary groups, relying on donations, without any support whatsoever from the Government.

Only one such “colony” was established in Scotland, at Mall Park House in Montrose, where, from September 1937, about 30 children stayed until it was felt safe for them to return.

The hosting of the Basque children in Montrose was the result of a campaign of fund-raising in Dundee and the surrounding area, attracting pledges and funds from over 30 organisations including the Women’s Liberal Association, various church groups and many more.

Fund-raising rallies and concerts were held in the Caird Hall and other venues. A home for the children had been sought in the city but, as nothing suitable could be secured, the children found themselves in Montrose, as guests of the Dundee Free Breakfast Mission in their Mall Park House holiday home.

In October 2008 a blue plaque was unveiled at Mall Park House (now 17 Mall Park Road), to commemorate its role in hosting the Basque refugee children between 1937 and 1939. It was unveiled by Provost of Angus Ruth Leslie Melville and Tom Borland from Tayport, whose mother, Encarnacion Buenavente, was one of the Basque children at Montrose.

Years before, in July 1985, a group of the former children made an emotional return to Montrose. The former refugees presented Angus Council with a silver plaque from Bilbao and a silver salver from the Province of Biscay, as tokens of their appreciation for their happy stay almost 50 years earlier.

More information on the Basque refugee children can be found through The Basque Children of ‘37 Association UK at http://www.basquechildren.org/

With an exhibition about the Basque children’s colony planned for August 28 - September 9 in Dundee central library and a commemorative concert scheduled for October, we would encourage anyone with any memories or reminiscences to share, to contact us through the Facebook pages and websites of any of the Angus newspapers. With your help we can complete the list of names in our photograph.