University of the Basque Country Summer Courses: The Diaspora and the Great War September 9-10, in Lekeitio 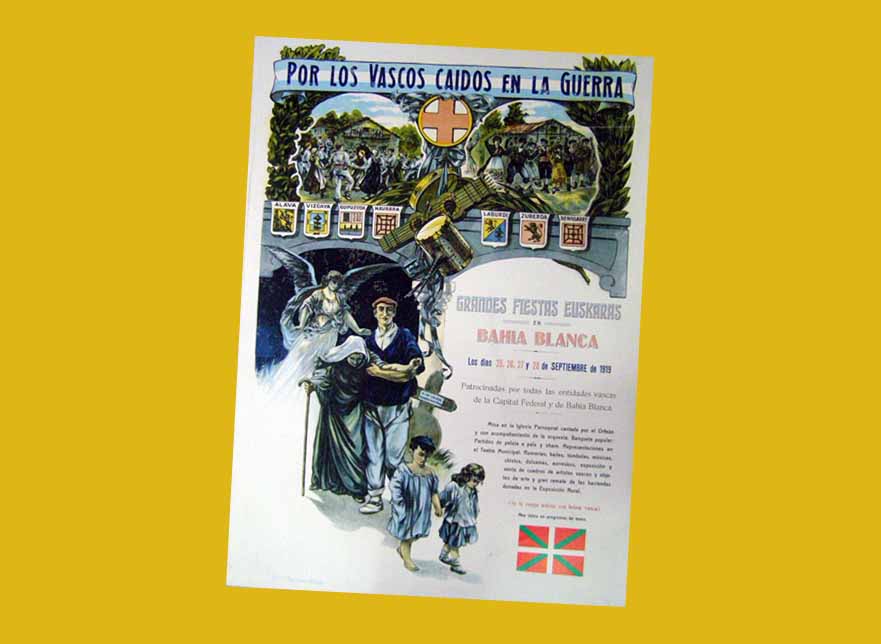 Poster of Basque festivals in Bahia Blanca Argentina in September 1919

Donostia-San Sebastián. Under the direction of Oscar Alvarez Gila and Koldo San Sebastian, the course will analyze the impact that the “Great War” World War I, had on Euskal Herria: the way in which the Basque Diaspora, from both Iparralde and Hegoalde, reacted to the outbreak and development of the war with the elements of mobilization, where appropriate, volunteer recruits, humanitarian support for victims of the campaign, generation of opinion and where appropriate, its impact on the process of conformation of Basque identity that communities formed by Basque immigrants were experiences in the various countries where they had settled.

The course, “A War from Afar, the Basque Diaspora and the First World War,” will include the participation of professors and researchers, Beñat Çuburu-Ithorotz, Isabelle Tauzin-Castellanos, Jesús Turiso Sebastián, Jesús M. Valdaliso Gago and Iker Saitua. It will take place in the Eusebio Erkiaga Cultural Center (RM Azkue Kalea, 5 48280 Lekeitio, Bizkaia).