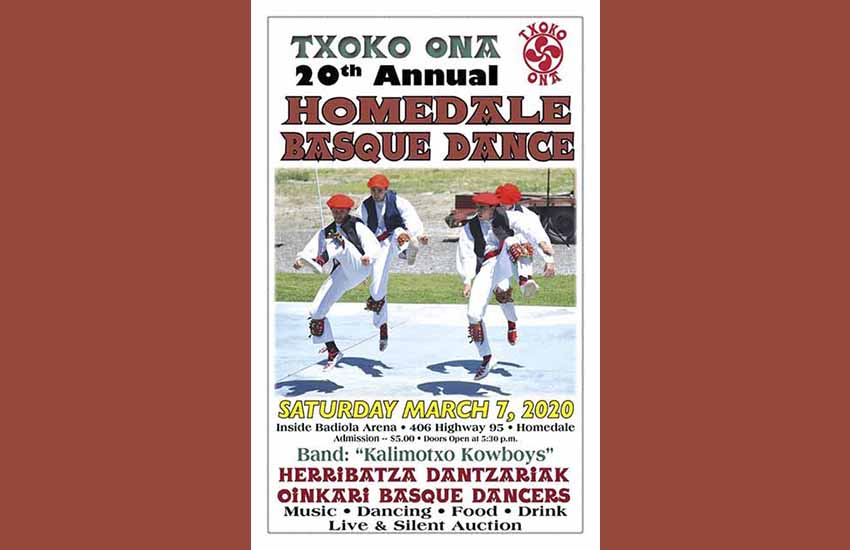 Annual dance, which celebrated its 20th edition at the Txoko Ona Basque Club in Homedale, was held just prior to the pandemic

Homedale, Idaho, USA. A few days ago, we announced that the Euzkaldunak Basque Club in Boise adjusted its General Assembly, held annually the last week of January due to the pandemic. As a result, voting for the open spots on its Board of Directors will be carried out by mail. This time, the Txoko Ona Basque Club in Homedale also let us know that they will be holding elections in the same way.

The term for four members of Txoko Ona’s Board of Directors is coming to an end, and so they have communicated to their members, in accordance with the order of the Governor of Idaho, and the concerns of those who make up the club that they have now decided to conduct the elections by mail.

As a result, anyone who would like to run for any one of the four open seats should email homedaletxoko@gmail.com. The Club is working creating ballots, and fine-tuning the machinery to be able to carry out the election in a timely manner.  Anyone who wishes to run in the election has until January18th to communicate his/her decision and present his/her candidacy to the Board of Directors.