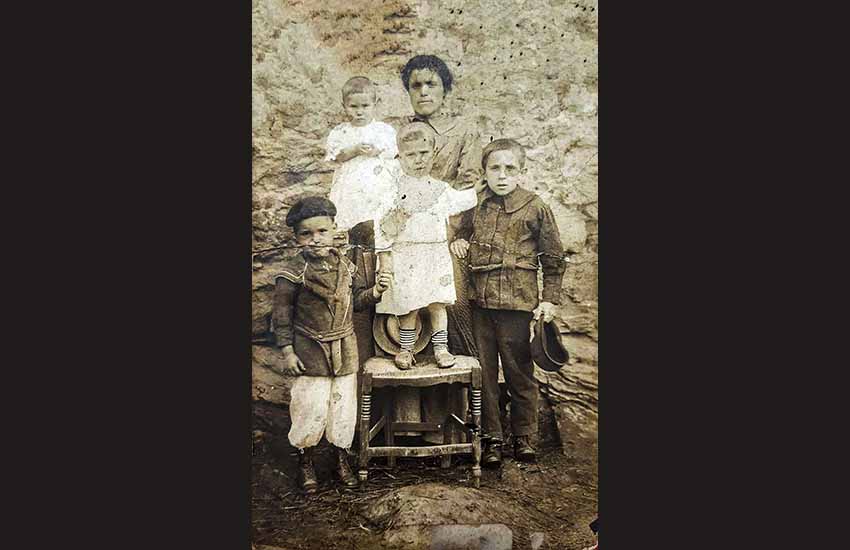 Vicenta Barreras Iraola with her children, including Juan Dominguez Barreras, who died at the age of 15 as a soldier at the front in 1936. He would be the child his mother is holding in her arms (photo courtesy of Jon Ortiz Domínguez)

Bilbao, Bizkaia. "Children on the Basque Front (1936-1937): the Case of Juan Domínguez Barreras" is the title of the latest post by the Sancho de Beurko Association published in Spanish in the blog "Echoes of Two Wars 1936-45.” The article talks about the participation of children under the age of 16 in the war, making mention in particular in this context to the Basque fronts of the war of 1936 in general, and concentrating on the case of Juan Domínguez Barreras.

Juan Dámaso Domínguez Barreras was born in Karrantza (Bizkaia) on December 20, 1920 and became part of the Communist Rosa Battalion of Luxemburg.  Did they accept him by mistake?  Or did he falsify his information to enlist

In any case, Juan lost his life 20 days before celebrating his 16th birthday, “on the Ochandiano Front, due to wounds received, having his body left in the enemy camp.”

Did they accept minors often in their ranks?

You can read the complete article here.