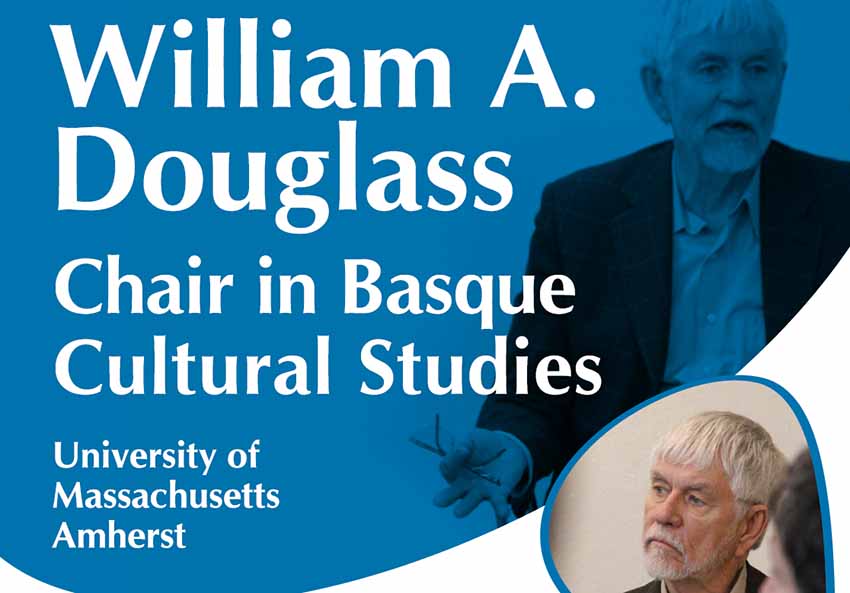 The William A. Douglass Chair at the University of Massachusetts Amherst was inaugurated in September of 2016, thanks to UMass Amherst and the Etxepare Basque Institute

Amherst, Massachusetts. With sociologist and linguistic expert, Ane Ortega Etcheverry, as invited scholar, the content of the Chair to be developed today and tomorrow, October 28 and 29, in two presentations is “Strategies for the Revitalization and Use of Euskera,” and “The Collaboration of Indigenous Languages.” In today’s session, Ortega will give a talk entitled, “Promoting New Speakers of Basque: Design, Benefits and Challenges of an Action Research Approach,” presenting a collective study carried out by various university students in hopes of supporting the use of Euskera, explaining the methodology used, observations and future challenges.

Tomorrow, Ortega will give a seminar, directed to only 20 graduate students. Taking advantage of the International Year of indigenous Languages, she will talk about the difficulties that these languages have to survive explaining her work of more than 8 years in the indigenous Nasa community in Colombia and the work carried out to revitalize their Yuwe language.

Ane Ortega Etcheverry is a professor at the Begoñako Andra Mari University Teaching School in Bilbao. She also has a degree in Spanish philology, and Masters of Translation and a Ph.D. in Sociolinguistics where she specialized mainly in the study of minority languages.  She is a member of the ELEBILAB Research Group at the University of the Basque Country that analyzes the bilingualism of Euskera.  She is also part of the UNESCO Chair of World Linguistic Heritage where she has carried out several projects.