The renowned luthier, Osses, will visit Argentina to tour the Basque clubs and get to know their musicians 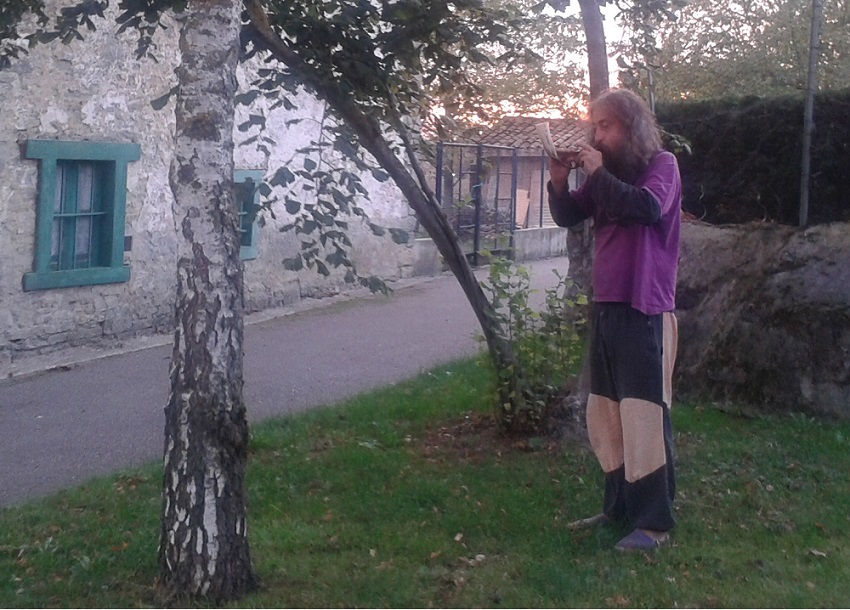 Jose Antonio Martinez Osses is one of the most important Alboka luthiers in Euskal Herria.  His work has had invaluable repercussions in the world of traditional Basque music, not only in recuperating this instrument but also by improving its quality from the point of view of innovation and manufacturing the components in relation to new designs.  Osses will be in Argentina from the end of October through the end of November and will tour Basque clubs to get to know the local Basque movement and teach workshops on this art. If you are interested, just email.

Buenos Aires, Argentina.  This will be Osses’s first visit to Argentina.  His goal, as he explained to EuskalKultura.com, is to get to know the country and its culture and especially the musicians that play traditional Basque music on this side of the ocean – many of who are alboka players –, the environment in which they are trained and perform.

In addition to meeting with Basque Argentine musicians, Osses will also give talks and demonstrations of his work as a luthier, to share the steps to manufacturing this ancient instrument with the public and in this way bringing them closer to another facet of the history of the Basque Country, in this case from a musical perspective.  As part of these talk/workshops, Osses will refer to the evolution of the alboka from the ancient ones, to its tuning in La and the development of new mouthpieces (fitak) that allow for the professionalization of the instrument.

Osses was an essential part of the movement to recuperate the alboka after the death, in the 90s, of “old players” like Leon Bilbao or Silbestre Elezkano “Txilibrin”. The great innovation of Osses in the manufacturing of the alboka has to do with the mouth pieces (the alboka has two) since making them out of plastic fiber allows for stabilizing the instrument making tuning it easier.

“In addition, the historic alboka had no unified tuning; in general they all sounded different because they made the holes according to the size of the hands of the player,” Mauro Telletxea, Argentine luthier, and Osses disciple,  explained to EuskalKultura.com.  “Starting from this idea, and in a joint project with Ibon Koteron, they developed albokas with different lengths of pipe, and a greater range of scales and modes.  That is how the albokote (alboka in Re) and the sol-sol alboka came to be.”

During his stay in Argentina, Osses will give a Master Class at Euskaltzaleak in Buenos Aires.  Any other Basque clubs who are interested in hosting the musician and luthier can contact Mauro Telletxea  to coordinate details on his schedule.  A video on how to make an alboka here.